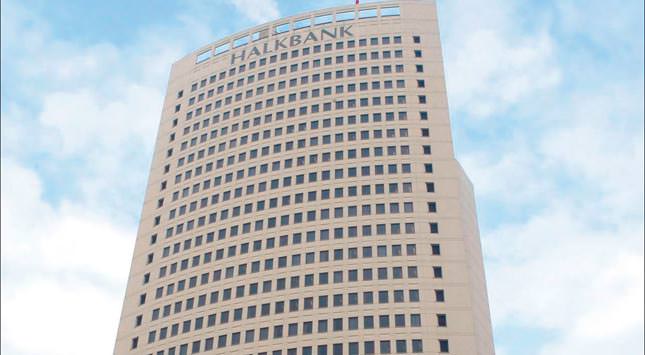 Last week a parliamentary subcommission of inquiry concluded its investigation into the Dec. 17 operation in which Halkbank was accused of illegal gold trading, finding the bank not at fault

Istanbul (Daily Sabah) - A parliamentary inquiry investigating Halkbank's gold trade to Iran found it had done nothing illegal. Hasan Fehmi Kınay, head of the Government Business Enterprises (KIT) commission, noted that Halkbank was the focus of the Dec. 17 operations. The commission closely investigated the allegations in the presence of both Halkbank auditor agencies and institutes like Banking Regulation and Supervision Agency (BDDK), MASAK (the Financial Crimes Investigation Board), the Central Bank and the Court of Accounts, he said.

Kınay pointed out that the most important allegation regarding Halkbank was regarding gold exports with Iran. "The most critical allegation was that a huge amount of tax refund was given. First of all, assessments we received from the Ministry of Finance indicate that there was no such tax refunds of 10 billion euros based on export as alleged. Out of $46 billion of export, nearly $21 billion consists of the exports to Iran. We detected that the tax refund was nearly $1.04 billion. This figure is extremely reasonable and originates from the actual export," said Kınay.

The head of the commission highlighted that Halkbank's prominence as the payment mediator in transactions of foreign trade brought about various disputes. He added that the investigation looked into whether the bank performed any improper deeds contravening international law and banking.

Neither BBDK nor MASAK found anything to this end. Kinay expressed that a report was issued in context of the examinations by sworn banking auditors appointed by the Istanbul Chief Public Prosecutor's Office and Halkbank's own inspection boards. The report concludes that "there is no deed against international regulations and the banking regulation."

Kınay noted that Halkbank duly operates the account opened by the Iranian Central Bank for payments of foreign trade originating from the export of natural gas and other petroleum products between Turkey and Iran. "Not only Turkish companies, but also many foreign companies requested that Halkbank mediate for their own foreign trade transactions. Halkbank has remarkable commission incomes from these sources.

The bank still works as a mediator in these kinds of transactions for Iran, Iraq, Northern Iraq and India as a financing authority." "If there were any deeds of money laundering, it would necessarily be detected by MASAK. In light of information from MASAK, crime factors existed neither before Dec. 17 nor after it. Besides, it was stated that there is no official complaint about such a deed for the bank," said Kınay.
Kınay expressed that attempts to implicate the bank in unfair disputes is extremely speculative as the bank is well-known and trusted by people. It stands among the top 20 companies in the stock market, contributing much to Turkey's economy.

The head of the KİT commission noted that the sub-commission completed the investigation into Halkbank's 2011 and 2012 activities and they will primarily audit Halkbank after the election, as long as the agenda permits. "It is not a coincidence that there has not been any occasion of siphoning off in the last decade in contrast to the past, inasmuch as the banking sector is firmly audited in an unprecedented way. In the first place, credits provided by the bank have extremely high rates of return. The amount of credit provided is TL 2.359 billion while the amount of tracked credit is TL 1.141 billion. Namely, 48 percent is tracked. However, it multiplied the credits 43-fold and stepped up to TL 103.4 billion as of Sept. 30, 2013. As a result, credits under track are TL 2.134 billion, which is equal to 2 percent. All in all, it has decreased the rate of its tracked credits from 48 percent to 2 percent. It is a big injustice to accuse such a rational and meticulously-operated bank with allegations of bribery," said Kınay.

Kınay added that there is not the slightest indicator of designating a low commission for the alleged company and provision of credit with an assurance deficit. "As of today, the prosecutor's office has not charged Halkbank with any crime," Kınay concluded.