Iran, Oman to build pipeline across the Gulf 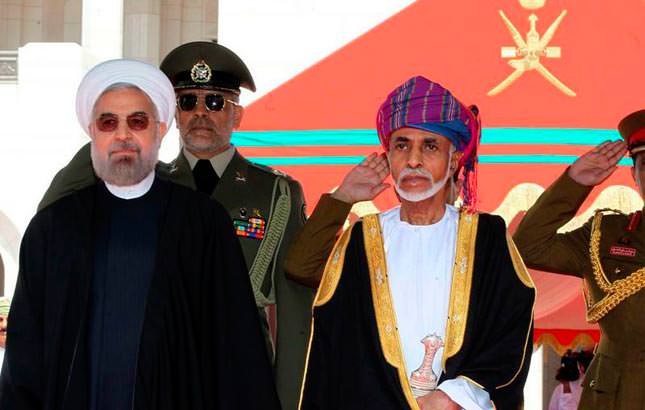 by reuters Mar 14, 2014 12:00 am
MUSCAT – Iran has sealed an agreement to export 10 billion cubic metres of gas per year to Oman, Iran's state news agency IRNA said yesterday, in a deal that also involves building a pipeline across the Gulf at a cost of about $1 billion.
The accord, signed during Iranian President Hassan Rouhani's first visit to Muscat since his election last year, came out of a memorandum of understanding between the countries in August for the sale of Iranian gas to Oman from 2015, in a 25-year deal valued at around $60 billion. The gas will be shipped through a 260 km (162 mile) pipeline that will be built through Iran's Hormuzgan Province to Oman's Sohar port on the other side of the Gulf and that the project was expected to come on stream within three years. Iran has won some relief from the sanctions in January after it halted its most sensitive nuclear operations under a preliminary deal with world powers reached in November.