China to boost textile jobs in Xinjiang in stability push 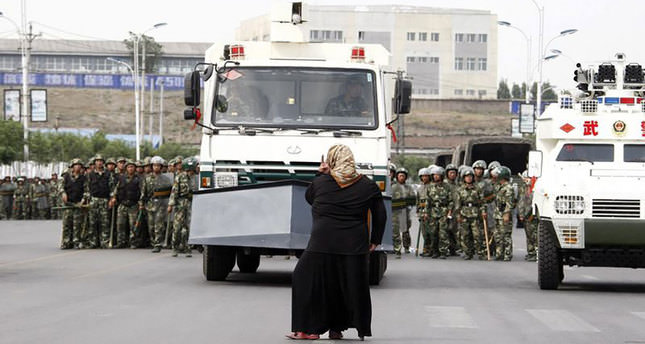 After religious and cultural repression against the Uighurs, the government has begun to recognize the economic roots of the unrest and will double the number of Uighurs working in the textile industry

BEIJING – China plans to more than double the number of people working in the textile industry in the far western region of Xinjiang to help maintain social stability by drawing people away from extremism, a state newspaper reported yesterday. Xinjiang, home to the Muslim Uighur people and strategically located on the borders of central Asia, has been beset by violence for years, blamed by the government on Islamist militants and separatists who want to establish an independent state called East Turkestan.

Exiles and many rights groups though say the real cause of the unrest is China's heavy-handed policies including restrictions on Islam and the Uighur people's culture and language. The government strongly denies such accusations but it has begun to recognise the economic roots of some of the upheaval, especially underdevelopment and a lack of jobs in heavily Uighur areas like rural southern Xinjiang, and it has poured money in to rectify the problem.

In the last plan, the government wants to increase to one million people the number of people working in Xinjiang's textile industry by 2020, up from the current 200,000, the official China Daily said. "Textiles is a labour-intensive with a long production chain. The best option is to create a large number of jobs in southern Xinjiang," Liang Yong, deputy head of a Xinjiang economic development body, told the newspaper.

More than half of China's cotton is grown in Xinjiang, much of it by a commercial arm of the country's military.

The government says young people with little education and few job prospects can be drawn to militancy. "High school graduates who are under 28 and unemployed are much more easily manipulated by religious extremism," the paper quoted Guilistan Azez, the deputy headmaster of a school in the old Silk Road city of Kashgar, as saying.

The southern Xinjiang city of Aksu will be one of the focus hubs for textile production, the report added. The government said last month it would pump 61.66 billion yuan ($10.17 billion) in extra funds into Xinjiang this year to improve housing and employment. State media has reported that President Xi Jinping was shifting the region's focus to maintaining stability over development, after a series of attacks last year fuelled by what the government said was religious extremism.