Pregnant alpacas to fly to Turkey 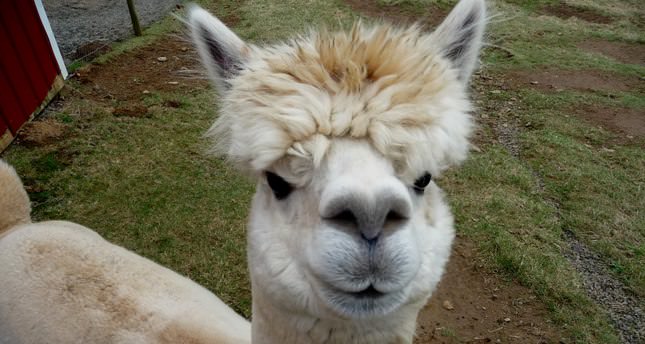 by Anadolu Agency Mar 20, 2014 12:00 am
SYDNEY – A new industry will be established in Turkey by breeding a flock of alpacas sent from Australia. Alpacas, similar to llamas, will be bred by a Turkish university and marketed for their high-quality wool and meat

A herd of pregnant alpacas is being flown to Turkey to establish a new industry. The animals are bred for their high-quality wool and meat.

The alpacas flew from Sdyney to Turkey yesterday and will be followed by a much larger herd later this year.

Millpaca Stud breeder Ian Frith says a university in Turkey spent $100,000 (TL 223 770.22) to start the project. "We'll shear [the alpacas], show them how to shear them when we arrive and take our gear with us," said Frith. "They'll be shorn. The fleece will be bagged so they can study the fleece of the animals for their mills so they know what to do with the micron. Then in six months, there are another 250 booked to go over."