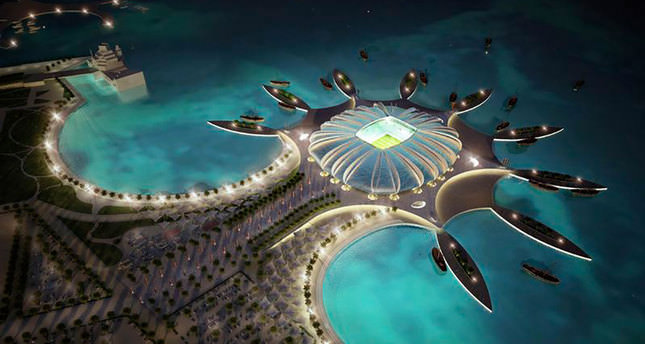 by reuters Mar 20, 2014 12:00 am
DOHA – Qatar's government is expected to sign contracts for construction projects worth as much as $50 billion this year as it builds infrastructure needed to host the soccer World Cup in 2022, the central bank governor was quoted as saying on Tuesday.

The projects will be in transport, energy and other sectors, Sheikh Abdullah bin Saud al-Thani said at a conference held by regional media group MEED, according to the official news agency QNA. Sheikh Abdullah did not give details of the contracts, but his comments appeared to confirm that Qatar would begin stepping up infrastructure spending sharply this year.

After it won the right to host the World Cup in 2010, Qatar announced plans to spend some $140 billion on projects including a new airport, port facilities, railways, stadiums and other infrastructure. But many projects have been slower to get started than the business community expected, apparently because of bureaucratic and planning problems. In the fiscal year that ended last March, actual government spending rose only 2.2 percent, undershooting the budget plan for the first time since 1990.

The government appears determined to pick up the pace, however, and a planning ministry report in December said state spending would climb 11.6 percent in calendar 2014. In 2013, among other project awards, Qatar signed four design-and-build contracts worth approximately $8.2 billion for phase one of the Doha metro. Its new airport, which cost around $15 billion to construct, is expected to open for commercial operations later this year.