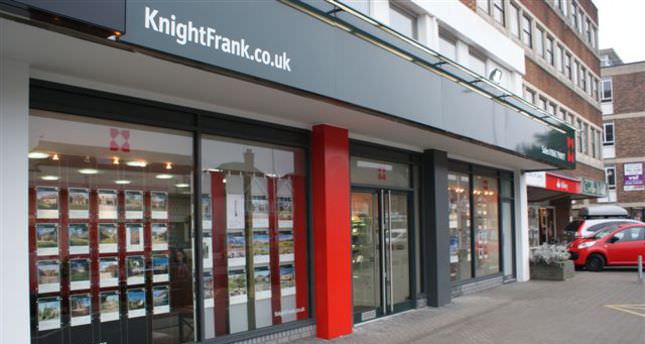 by daily sabah Mar 28, 2014 12:00 am
ISTANBUL — The Turkish property market is growing at the fifth fastest pace in the world despite the global economic turmoil and its local repercussions, according to a report by London-based Knight Frank consultancy.

Turkey is now the fifth fastest- growing property market in the world, according to a report from Knight Frank, a London-based international real estate consultancy.

Commenting on the report, Monica Anca, the director of the Turkish property consultancy Universal21.com, said, "Turkey experienced an uncertain end to 2013, politically and monetarily, but I think it speaks volumes for the underlying strength of the property market that it has still managed to sustain doubledigit growth on a national scale."

According to Anca, the recent slide in the value of the lira made property in Turkey more attractive to overseas investors, who appreciate the short-term benefit of their money stretching a little further.

The report highlights the Arab Spring-supported status of Turkey as a safe haven for investors from the Gulf and North Africa. This, added to the country's strong economic growth rate, propelled Turkey higher in Knight Frank's report.

According to the report, intra-European demand for cross-border purchases will increase in 2014 and especially in Turkey, frequently visited by Europeans.
Last Update: Apr 16, 2015 12:11 am
RELATED TOPICS