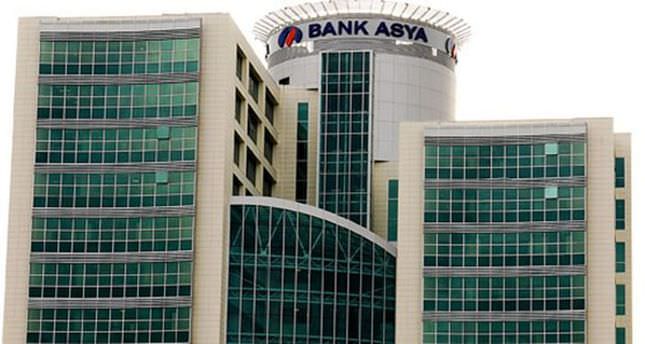 ISTANBUL — Bank Asya, known for its close ties to the controversial Gülen Movement, whose followers have engaged in a campaign to destabilize Turkey's government, announced last month that it would sign a merger agreement with Qatar Islamic Bank (QIB). After announcing the prospective merger, Bank Asya's share in BIST, Turkey's stock market, rallied and increased by nearly 60 percent in one week. The value of Asya's shares had lost 40 percent in previous weeks as the Gülenist attacks on the government intensified.

Due to ongoing tensions between the government and the Gülen Movement, many individuals and public corporations withdrew their deposits from Bank Asya. Faced with a new challenge to the bank, Bank Asya started to seek for a partner to save itself from bankruptcy and was able to secure the assistance of QIB. However, officials at the Banking Regulation and Supervision Agency (BDDK) said they have not received any formal merger application from Bank Asya executives. Authorities said that Bank Asya is looking for assurances from the BDDK that the agency will approve the merger, otherwise Qatari bank may not be willing to sit down at the negotiating table again. "Firstly, Bank Asya should present its formal merger agreement, then we will do our ordinary investigation on it," an official from BDDK said.

Economist Dr. Cemil Ertem said he finds the news of a merger between Bank Asya and QIB manipulative and quasi real, while it is still unconfirmed.

He also noted that whether or not the merger happens, the speculative news has negatively affected small investors.