THY has largest network in Africa 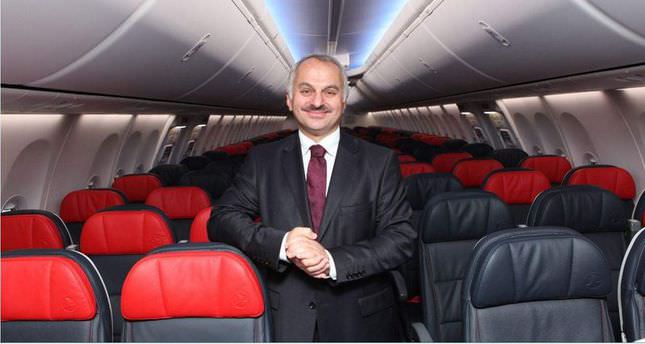 Turkish Airlines' African initiative over the past decade has paid back, with the airline building the largest network on the continent, outpacing the French, according to CEO Temel Kotil

Turkish Airlines (THY) is set to broaden its market share in Africa. "We will realize our biggest initiative in Africa," said the CEO of the Turkish Airlines, Temel Kotil. "We became the strongest player in Africa, outpacing the French. We have given weight to Africa as we foresee the next century."

Kotil emphasized THY performed well in the last 10 years and caught the attention of the whole world. Kotil noted that the world experienced a huge axial shift. Within this shift, passengers are using THY Istanbul and to link Asia, Europe and Africa.

Europe is the aviation leader with a market share of one-third in the sector and flies a billion flights, while another one-third belongs to the U.S. and the rest is a combination of African and Asian markets.

According to Kotil, the airline ordered new planes, 262 of which will be delivered through the end of 2021. He added that they target a turnover of $24 billion (TL 50.59 billion) with 120 million passengers in 2023. "We are not the biggest airline in the world.

However, we are the strongest airline that links Africa, the Middle East and the Far East. We are weaving the world together and attracting passengers correspondingly," Kotil said.

Kotil sees Africa as an underutilized market with many unrecognized opportunities for growth. "We will keep flying," he said. "There are just a few countries where we do not fly. In many countries, we fly to more than one airport.

We will fly to 100 airports in Africa in 20 years." He pointed out the airline is the only one flying to Mogadishu, Somalia. "We are making money in the poorest country of the world as its citizens are rich even though the country is poor," he said about Somalia. "We are in the third year there. Removing a rock from the road is even considered alms in our culture. We hope that connecting people through aviation will also be considered alms."

Kotil noted that the airline flew to four points in Africa in 2002 and 36 points in 2013. In 2014, THY plans to fly to Bamako, Mali; Conakry, Guinea; Cotonou, Benin; Abuja, Nigeria; Luanda, Angola; Juba, South Sudan; Asmara, Eritrea; Luxor and Aswan, Egypt; and Konstantin, Tlemcen, Batna and Oran, Algeria. In addition to 75 points in Europe, 10 new destinations are planned this year including Pisa in Italy, La Coruna in Spain, Nantes in France and Krakow in Poland. The airline also plans to fly to eight new points in the U.S., two in the Middle East and five in the Far East.
Last Update: Apr 11, 2014 2:23 am
RELATED TOPICS