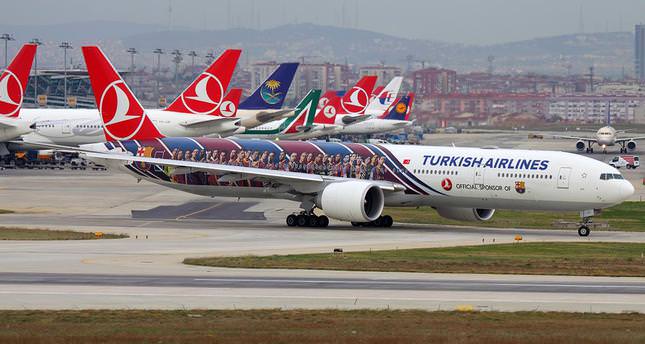 More passengers passed through Istanbul Atatürk Airport than Frankfurt and Amsterdam, making it the busiest airport in Europe after Charles De Gaulle and Heathrow

Atatürk Airport, Europe's fifth busiest airport in 2013, boosted passenger numbers by 11 percent to 12.4 million in the first quarter, edging past Frankfurt, last year's third, with 12.2 million passengers and the 11.2 million at Amsterdam - the fourth - according to the latest traffic data.

The airport, west of Istanbul on the European side of the Bosporus, is growing as Turkish Airlines increases its capacity to tap local growth and build a long-haul transfer base. If Atatürk Airport continues its first-quarter standing, Frankfurt will fall from the top three for the first time since the 1960s.

Speaking to Bloomberg News, Hans-Peter Wodniok, an analyst at Fairesearch in Kronberg, Germany, said, "Growth has been enormous in Turkey and west European airports are losing transit passengers, which are the most lucrative as they spend the most in airport shops. It's even worse for airlines, which are losing customers entirely."

With a 12-month rolling passenger count of 52.6 million through March, the main obstacle to Atatürk Airport's expansion may be its capacity limit of about 60 million. "The Turks are thinking big," said Wodniok. "It's a bit of megalomania, but then you do have to have the infrastructure in place before people can use it.