Car makers in China eager to sell and resell 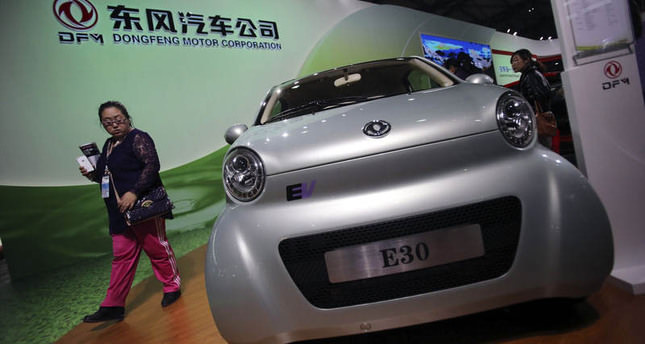 by Daily Sabah Apr 21, 2014 12:00 am
BEIJING — China's car market is just gearing up as the world's largest, yet automakers are already eyeing the next big thing, the market for reselling them. Their eagerness to attract buyers in the world's largest car market is on full display at the Beijing International Automotive Exhibition, which opened to the public yesterday with more than 1,000 vehicles on display.

The nation overtook the U.S in 2009 to become the world's biggest auto market. With such a brief period for new cars to hit the market and for China's still-expanding middle class to make the costly purchases, the second-hand market has yet to develop. Also lacking is the necessary infrastructure such as dealerships and, in particular, guarantees of quality. At present used-car sales in China lag far behind new ones, although estimates are rough because of the large informal market.

Only about 35 used cars were sold in China for every 100 new ones, compared with a far higher ratio of 270 old for every 100 new in the U.S., said Dominique Boesch, head of the Audi sales division at FAW-Volkswagen. The key is to convince buyers that a second-hand car offers as much reliability as a new one, said Frederic Banzet, director general of Citroen, adding that the French automaker planned to provide such assurances.