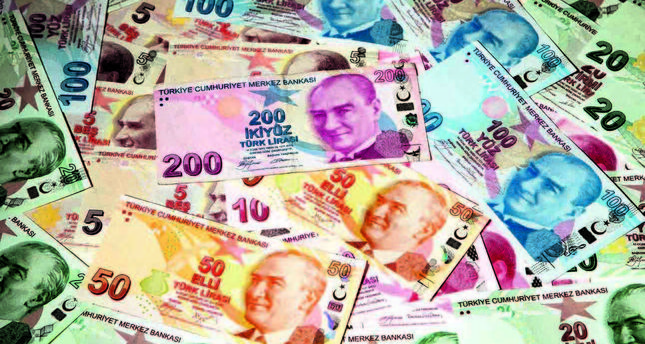 by daily sabah
Apr 21, 2014 12:00 am
ISTANBUL — The Central Bank of the Turkish Republic (CBRT) will hold a Monetary Policy Committee (MPC) meeting on April 24, where bank governors are expected to focus on whether to adjust national interest rates. Economists are predicting that MPC governors will not change the interest rates due to high inflation and on account of the weak position of the Turkish lira.

Odeobank Deputy CEO Serkan Özcan said cash flow to emerging economies increased thanks to decaying risk perception. "The CBRT slowly and surely decreased the rates by 200 basis points by using a liquidity instrument without any MPC decision from 11.8 to 9.8 in a very short time," said Özcan, who also noted if the positive atmosphere in the financial market and real sector becomes stable, the CBRT will gradually decrease interest rate ranges.

Bora Tamer, an economist at Ziraat Yatırım, said, "The CBRT foresees that inflation will peak in May and then it will begin to decrease. We expect interest rate cuts in September, after a decrease in the inflation rate three months in row. " Banu Kıvcı, lead economist at Halk Yatırım, emphasized that he does not expect to see a decrease in interest rates until currencies become more stable and inflation rates decrease.

In an interview with Anatolian Agency, Commerzbank emerging economies chief Tatha Ghose said, "The CBRT will not cut the top range of interest rates and they do not need to increase as well."

Ömer Bolat, former chairman of the Independent Industrialists and Businessmen's Association (MÜSİAD), one of the leading associations of businessmen in Turkey, spoke with Daily Sabah and said the bank is managed by competent individuals and he believes they can duly evaluate the decrease in indicative interest from 12 points to 9.6. "Following the elections, the decrease in the price of foreign exchanges and stabilization, and the increase of 5.1 in the real sector production index in the first three months show that the interest rates can easily be reduced," said Bolat. He highlighted interest payments crippled Turkey in the previous period and added, "If it were not for the financial policies of AK Party governance, Turkey would have to pay an interest of TL 642 billion between 2002 and 2013. Some global powers press developing countries like Turkey for them to increase their interest rates."

Bolat said they created artificial monetary tightening and thus have influence over monetary policies of central banks. "Inasmuch as, countries like Brazil, Russia, Mexico and South Africa could not resist those pressures and increased their interest rates," said Bolat. "Unfortunately, Turkey also was among those countries. However, there is no excuse anymore to keep interest rates high in Turkey."
Speaking with Daily Sabah, economist Kerem Alkin said, "As Erdem Başçı noted, Turkey will face an inflation peak in May. The CBRT may decrease interest rates after May 2014, so as not to exacerbate inflation."

After policy announcements by the U.S. Federal Reserve and mobility in domestic market, the Turkish central bank held an emergency meeting in January that resulted in an increase in the policy interest rate from 4.5 to 10 percent, while overnight lending rates were increased from 7.75 to 12 percent.

Adding to CBRT, The central bank of Brazil held a committee meeting on July 11, 2013, in order to fight inflation, which had climbed to its highest in 20 months. The bank increased the policy interest by 50 basis points and raised it to 8.5 percent, tightening monetary policy.

The bank later continued to increase policy interest rates periodically so as to eliminate a drastic loss of value in the real and to prevent inflation rates from exceeding the target span.
Last Update: Apr 21, 2014 11:26 pm