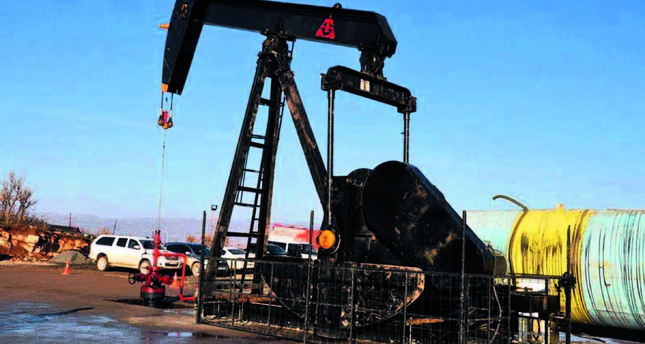 Allegations against the state-run Halbank within the scope of the Dec. 17 operation, an attempt to overthrow the ruling party, was aimed to bring Turkey's years-long oil trade with Iran into disrepute

ISTANBUL — Turkey's state-run bank Halkbank has been at the center of allegations that it has violated international sanctions on trading oil and precious metals with the Islamic Republic of Iran but the bank has denied wrongdoing.

Payments made by Halkbank on behalf of companies exporting gold to Iran were transparent and traceable, Halkbank said, when the allegations were first put forward last year. Turkey, which has few petroleum reserves, imports more than 18 million barrels of oil each year. Turkey's Energy Ministry considered Iran, which has been criticized due to its controversial nuclear program, to be a suitable supplier for Turkey based on its large reserves and proximity. Turkey also imports natural gas from Iran.

Turkey's energy ministry considered Iran to be a suitable supplier for Turkey based on its reserves and proximity.

However, because the of the economic and politic sanctions leveled on Iran by the U.S. and European countries, Turkey's oil trade with Iran was constricted despite the fact that sources from Turkey's energy Ministry said during the same period that Switzerland and Italy reached an agreement with Iran last year when the sanctions were in force.

Energy expert Dr. Cemil Ertem spoke to Daily Sabah about the issue and noted that "Turkey had to find a way to import oil from Iran without drawing reactions of the Western countries and the only way of doing that was to use gold as a trade item."

Citing the Society for Worldwide Interbank Financial Telecommunication (SWIFT) system, which provides a network that enables financial institutions worldwide to send and receive information about financial transactions, Ertem noted that, "Turkey had to pay the oil price without using conventional bank transfer methods."

To do this, the Turkish government exported gold to Iran via Halkbank. According to Bloomberg's research, Turkey exported about $233 million (TL 495 million) in precious metals and jewelry to Iran per month from January to June 2013 in exchange for imported crude oil, when Halkbank said it ended gold trading due to tighter U.S. sanctions implemented on July 1, 2013. Turkey exported about $45 million per month between June and October, according to data on the state statistics agency's website.

Economists say that exports to Iran narrowed Turkey's current account deficit, concern over which helped push the lira to a record low. The deficit may widen to 7.2 percent of gross domestic product this year from 6.1 percent in 2012, according to the median estimate of 29 economists surveyed by Bloomberg. There were no rules against trading precious metals with Iran until July 1 and the bank ceased the transactions on June 10 after it became public that the U.S. planned new sanctions, Halkbank said.

When the Dec. 17 operation was launched with the objective to discredit and weaken Turkey's elected government, businessman, Reza Sarrab, was presented as a figure of corruption by Gülen Movementaffiliated media outlets. Zarrab, a wellknown figure at the time, was accused of illegally collecting the gold for export to Iran.

"There were some Western countries in the world which continued their trade with Iran despite the sanctions applied by the U.S. and European countries. But they wereuncomfortable with Turkey's trade with Iran. So, they wanted to cease the oil trade and call in question the gold trade with Iran," Dr. Ertem said. "The ones who tried to destabilize Turkey's political system are the same ones who tried to sabotage the oil trade between Turkey and Iran with a fake corruption operation,"
Dr. Ertem emphasized.

He also highlighted that HSBC, which was also investigated on suspicion of laundering money on behalf of Mexican drug traffickers, was found to have carried out 25,000 transactions involving Iran worth more than $19 billion and concealed the details of most of those transactions, however no charges were brought against HSBC following the investigation.