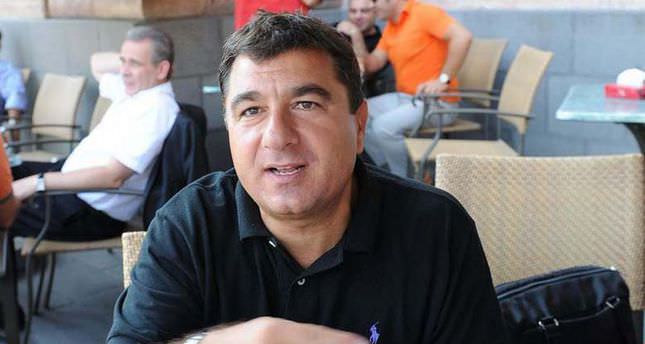 by daily sabah
Apr 26, 2014 12:00 am
ISTANBUL — Speaking to the press, co-chairman of the Turkish-Armenian Business Development Council Kaan Soyak highlighted that Erdoğan's condolence message to Armenians for the 1915 incidents, released on Wednesday on the Prime Ministry's website, means a lot to the Armenian people. He also noted that the message was well received by the Armenian government and people and added that the prime minister's announcement marked the first time he had heard such a genuine statement on the matter. Soyak noted that the Armenian people are also of Anatolian origin.

"Even though they lived under the sovereignty of the Soviet government for long years, their roots are in Anatolia. They miss it so much that they named their towns Malatya, Arapkir, Maraş and so on, which are the names of towns and cities in Turkey. You can feel the love and longing for Anatolia in each and every Armenian citizen. These kinds of matters are not political any more, rather they are humane as our prime minister put forward," Soyak added. He said commercial relations between Turkey and Armenia have been suffering as a result of the closed land border. "To fix relations, initial steps should entail opening borders," Soyak stressed."The highest priority of the Armenian business world is to make production with Turkish businessmen and sell the products to global markets jointly," Soyak said.

Soyak highlighted that Armenian people believe Prime Minister Erdoğan will find a solution to the conflict between Azerbaijan and Armenia stemming from the Karabakh issue, an Azerbaijani territory which was invaded by Armenia in 1991.