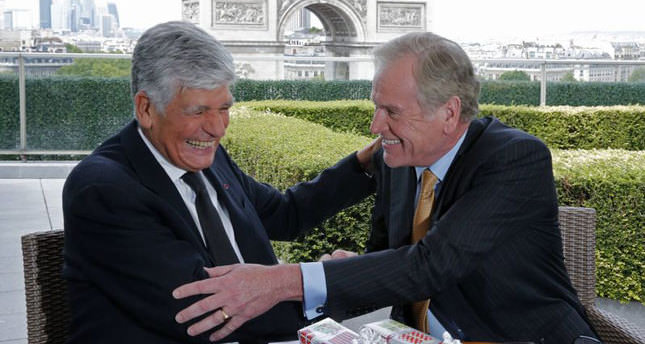 by May 10, 2014 12:00 am
NEW YORK — French group Publicis and U.S.- based Omnicom announced on Thursday they had abandoned merger talks on what would have formed the world's largest advertising company. The merger, announced last year, would have created the world's largest ad firm worth $35.1 billion (TL 72.6 billion). In a joint statement they cited "difficulties in completing the transaction within a reasonable timeframe." The deal had been announced in July of last year.

The boards of both companies approved the decision, they said. The merged company would have been the world's biggest in advertising, with 130,000 employees and revenue of more than 20 billion euros (TL 57.5 billion). The Wall Street Journal reported last month that the project had become a "battle of titans" between CEOs Maurice Levy of Publicis and John Wren of Omnicom Group. The project was originally expected to be completed in early 2014. When delays emerged the two CEOs blamed regulatory and tax issues. But the Journal said it was a fight over power. The deal had been billed as a "merger of equals." But from a legal standpoint one company had to buy the other and neither was willing to be the acquired one, the Journal said. The two companies also disagreed on who would be the chief financial officer of the merged entity, the newspaper said. As it stands now, Omnicom is the world's second-largest advertising company and Publicis is third. Number one is WPP of Britain. In 2013 Publicis posted record profits of 816 million euros, an increase of 11.5 percent from the previous year. Omnicom saw profits of $966 million, down 1 percent from 2012.