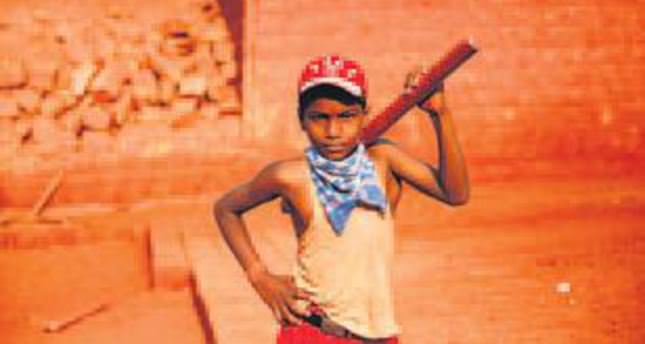 by May 21, 2014 12:00 am
GENEVA — From sex workers to farm hands and maids, millions of forced laborers around the world generate $150 billion (TL315 billion) in illegal profits for their bosses every year, the UN's labor agency said yesterday. Nearly 21 million men, women and children are locked in forced labor - many coerced into working as prostitutes, trafficked, or held in debt bondage and working in slave-like conditions, according to the International Labor Organization (ILO). Some 18.7 million people forced to toil in the private sector rake in $150.2 billion each year for the people exploiting them. Two thirds of that amount, or $99 billion, is made from sexual exploitation and the rest from forced economic exploitation, such as domestic work and agriculture, according to the report, based on data from 2012. A further 2.2 million people are thought to be forced to work for the state, including some in prisons and by the military.

Asia-Pacific is home to more than half of forced workers worldwide, around 11.7 million people, who generate $51.8 billion each year for their exploitative employers. Africa is next in line with 3.7 million forced laborers, followed by Latin America and the Caribbean, with 1.8 million. Developed economies, where an estimated 1.5 million people are forced to work but their services are more valuable, make the second-highest profit, with ruthless bosses there jointly making $46.9 billion from illegal workers. An estimated 600,000 are also forced to work in the Middle East, the report showed.
Last Update: May 21, 2014 1:26 am
RELATED TOPICS