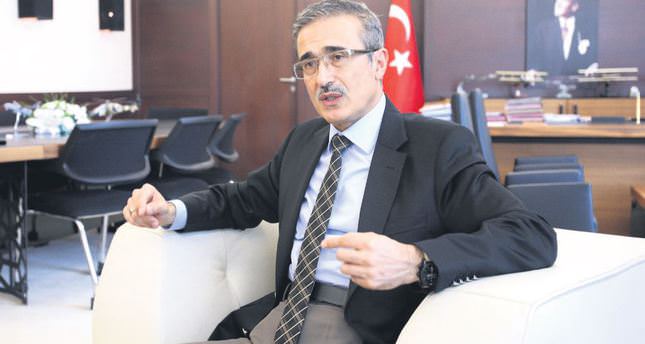 Speaking to the Turkish newspaper Sabah, the Undersecretariat for Defense Industries İsmail Demir spoke about Turkey's defense industry and long-awaited tenders. Demir stated that the Undersecretariat for Defense Industries is currently carrying out some 300 projects and when Research and Development projects are also included, they number over 400. The total value of these projects is $27 billion (TL 57.3 billion).

On the issue of the long-range air defense missile system bid, Demir said that "you make a tender and line up different factors. Then you start contract negotiations with one becoming the first. When you sit around a table, you have to clearly talk about many issues ranging from domestic participation rates to technology transfer. Our negotiations with China haven't come to the point where both sides can say 'Yes, we could agree' yet. We extended deadline for bids for two months. We agreed on many issues with China. There are some critical issues for the both sides and currently we are negotiating with them." Demir said one of the most critical issues was technology transfer. "Nobody is willing to deliver their technologies to others.

Technology transfer is a sensitive issue for all countries. You have to know what you want and have all the details. Also you should be aware of how much the opposite side will give. When technology transfer is on the table, disputes and disagreements can be inevitable. Although technology transfer to Turkey is our first priority, a country having advanced technology cannot hand it over easily. It either demands money or partially teaches you while conducting business. On the other hand, technology transfer depends on your capability to get it. If we prove that we have covered some distance in technology, it will be easier to get it."

Demir noted that the Undersecretariat for Defense Industries sought to include domestic industries in its projects and tenders. "The domestic participation rate comes in first place among our other policies. It is necessary to introduce Turkish companies to their counterparts in the world by promoting industry and activity inventories. "We have effective defense products and they can easily find a place in global markets.

The question is: should we sell our products immediately or improve them to make more competitive to increase their export potential? I think we should focus on the latter.

Our current export activities are a sort of market research. We know that our products need to be improved. Both our Undersecretariat and private companies support partnerships with foreign companies. Foreign partnerships increase our export potential," said Demir, adding that Turkey should start working to reverse brain drain.

Demir suggested that "if we focus on products having high added value, we can make up the difference. You start to produce high added value on the point where hand labor turns into brain labor. We don't have oil but we have human resources. We should invest in this. We should not miss the train as we did in the past. For example, unlike Turkey, some countries started to produce engines 100 years ago.

However, today there are new fields such as software. Nano technology has a history of 20 years. This time we should get on the train in time by making new policies. If we wait for a technologic competence in the defense industry, we need mass mobilization as a country." "We are a party to the Nuclear Non-Proliferation Treaty. We conduct some energy projects but we cannot use them for other purposes. As one of the top officials in this matter, I can say we have no activity toward the acquisition of nuclear or biological weapons," remarked Demir. "We are working on some defense projects in case biological weapons are used against us. We need to figure out what a biological weapon is and how we can defend ourselves against it."
Last Update: Jul 21, 2014 11:51 am
RELATED TOPICS