US, EU embargo on Russia to benefit Turkey 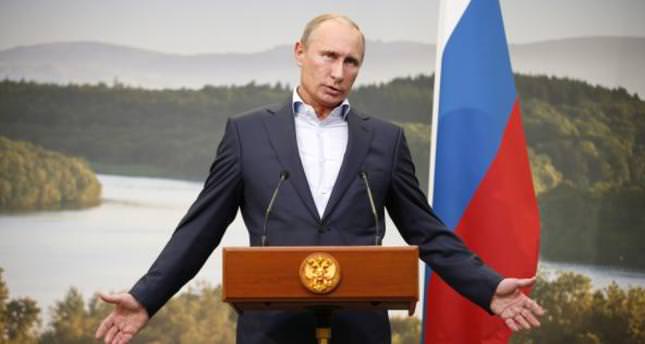 by Daily Sabah with Agencies Aug 08, 2014 12:00 am
The Kremlin's retaliation against sanctions imposed by the U.S. and the EU has forced Russia to turn to Turkey to satisfy its demand for fresh fruits and vegetables, with a top Russian official meeting his Turkish counterpart to boost bilateral trade.

Russian President Vladimir Putin on Wednesday slapped one-year bans and limits on food and agricultural imports from nations that have imposed sanctions on Russia over its defiant stance on Ukraine. The decision marks yet another escalation in a furious diplomatic standoff that has seen Russia slip into growing international isolation and the onset of what some U.S. media are calling a "new Cold War." It also threatens to send the price of Russian food soaring and feed public discontent with an economic slowdown that analysts partly blame on Putin's perceived backing of pro-Kremlin insurgents in eastern Ukraine. The Kremlin said in a statement that Putin's executive decree "either bans or limits... the import into the Russian Federation of certain kinds of agricultural products, raw materials and food originating from countries that have decided to adopt economic sanctions against Russian entities and [or] individuals."

Russian sanctions could be a boon for Turkey's agriculture sector, experts believe. The head of Rosselkhoznadzor, Sergei Dankvert, was expected to meet with Undersecretary Nihat Pakdil from the Turkish Agriculture Ministry yesterday to discuss the possibility of increasing imports of fresh fruit and vegetables from Turkey.

State statistics show Russia having imported about a third of its food from abroad in the past decade. "The scenario of retaliation entails significant costs to the Russian economy," the London-based Capital Economic consultancy said in a research note. "In the short term, the economy would fall into a deep recession, with output contracting by 2-3 percent."
RELATED TOPICS