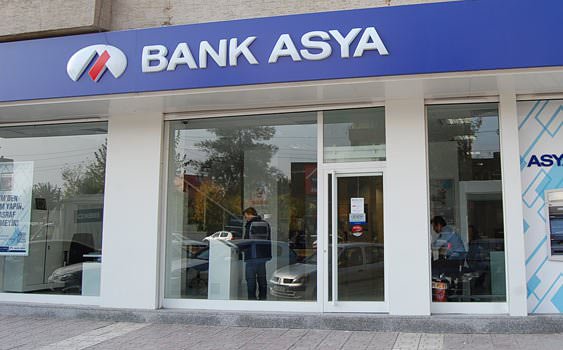 by Aug 13, 2014 12:00 am
Turkish Islamic lender Bank Asya, which is known for its close ties with Gülen Movement, said its second- quarter net profit fell 81 percent to 10.6 million lira ($4.9 million) as its deposit base shrank and lending wilted under pressure from the government. The lender has seen its profits and capital base collapse since December when it found itself at the center of a conflict between the Turkish government and Gülen Movement, whose followers attempted a campaign aiming overthrow the Turkish government with illegal methods.

Earlier in the year, state-owned companies and institutional depositors sympathizing to Erdoğan withdrew 4 billion lira ($1.8 billion), or some 20 percent of the bank's total deposits, according to media reports. Loans contracted by 11 percent in the second quarter, while deposits shrank 3 percent, the bank said in a statement to the Istanbul stock exchange late on Monday.

Net fees and commissions declined 33 percent to 55.1 million lira, while loans and receivables dropped 28 percent from the end of 2013 to 14.99 billion lira, it said.

In the first quarter, its profit fell 9 percent to around 41 million lira, while deposits fell 24 percent in the same period. Bank Asya shares have been suspended from trading since Aug. 7, due to manipulation risks. Turkish authorities cancelled the lender's tax collection and social security payment deals last week, a sign according to observers that the government was stepping up its moves against the lender.

Bank Asya said the loss of the tax deal would "not have a significant impact" on its activities, but analysts took it as a sign that the government was planning to wind down the bank and said it could prompt further deposit outflows from Bank Asya. Analyst Ahmet Emre Kılınç at Yatırım Finansman said narrowing loan volume had pushed net interest income down 35 percent from the first quarter. "Due to intensive news flow about Bank Asya recently and uncertainties regarding its sale process, we remove Bank Asya from our recommendation list," Kılınç wrote.