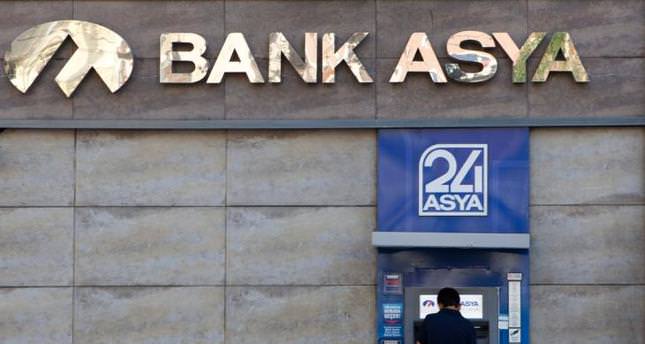 by Daily Sabah Aug 14, 2014 12:00 am
The Borsa Istanbul, Turkey's stock market, issued a statement providing the reason for suspending the trading of shares of Bank Asya under the name ASYAB between August 7 and 12, which is a bank known for its affiliation with the Gülen Movement. The statement noted that the reason for the suspension was the contradictory news announced by various media institutions about the partnership structure of the bank and news which has caused fluctuation in the prices of share certificates.

The company is said to be announcing a change in the partnership structure and management of the bank, stating it will become public. The Revenue Administration announced that they are terminating the protocol that allows ASYAB to collect taxes as of Sept. 8, 2014. Therefore, it was noted that ASYAB share certificates are being temporarily suspended from trade.

It further explained that the temporary suspension of trade continued since in the statement Bank Asya gave to the Public Disclosure Platform on Aug. 8, 2014, the bank said that Bank Asya has terminated its exclusivity agreement with Qatar Islamic Bank. The statement read, "at this stage, in order to start negotiations with domestic investors for partnership, we have terminated our exclusivity agreement with Qatar Islamic Bank as of Aug. 8, 2014." According to statement, the phrase "in order to start negotiations with domestic investors and to obtain legal offers" did not completely remove the current uncertainty. Such ambiguity would damage the independence of the prices of the share certificates and stocks of Bank Asya. Furthermore, every time such news emerges, there are fluctuations in the prices of the stocks that are not due to any financial or economic reasons. In this respect, in order to not damage trust, clarity and the stability of the market, the temporary suspension of trading ASYAB stocks continued until Aug. 12, 2014, the BIST remarked.
Last Update: Aug 14, 2014 2:00 am
RELATED TOPICS