Citizenship for foreign investors to be eased 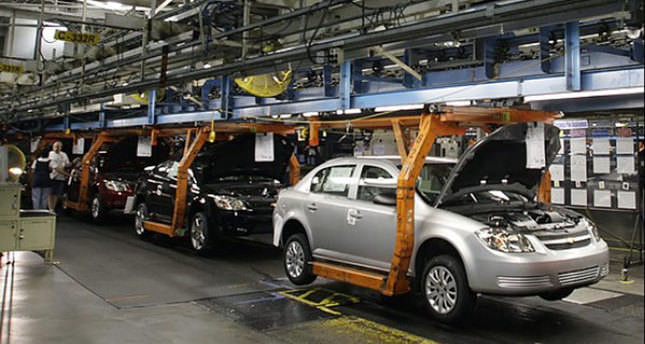 The government is preparing a new bill to ease residency, work visa and citizenship for foreign investors interested in Turkey in an effort to increase the amount of funds flowing into the country

The government is in the process of drafting a bill that will allow foreign investors and foreign nationals working in Turkey easier access to residency and eventually citizenship. The bill that aims to boost investment will initially provide long-term residency permits, followed by citizenship.
It will also void the obligatory military service for male citizens; an obstacle to potential investors from settling in Turkey.

The bill, initiated by the economy executives in the government, is aiming to transform Turkey into an investment center. The Foreigners and International Protection Law will be amended, with significant changes in the working permits given to foreign nationals.

Minister of the Economy Nihat Zeybekçi said the first priority was to provide long-term visas for investors. "Foreign investors who believe in Turkey enough to invest millions of their dollars should be welcomed with open arms," he said.

For foreign nationals who are needed for assisting in emergency servicing, repair and assembly work, the process of granting a single entry visa and work permit will be accelerated. The one-entry limit for such visas will be lifted. Education level and the amount of investment will be a priority in granting work visas for foreign professionals.

For partners and children of foreign nationals legally working in Turkey, the five-year residency rule before working will be lifted. The social security process will also be eased. People will be registered with the Social Security Agency (SGK) the day they start work.

Those preparing the bill also looked into ways to prevent "brain drain," aiming at reversing the trend and also attract foreign professionals to Turkey. Problems encountered by foreign businessmen and executives who are not residents in Turkey are also being addressed.

Investors interested in state projects and sectors of key importance to the economy will be given the priority. Foreign university students in Turkey will be encouraged to enter suitable sectors, especially tourism, due to their language abilities.

Obstacles, especially the obligatory military service, will be addressed in the new bill. Four years ago, Blackberry's Istanbul-born founder Mike Lazaridis was presented with a proposal to establish a research and development center in Turkey, which he would head. He was also told that he would be given Turkish citizenships. However, the military service requirement scuttled the project.
Last Update: Aug 22, 2014 1:15 am
RELATED TOPICS