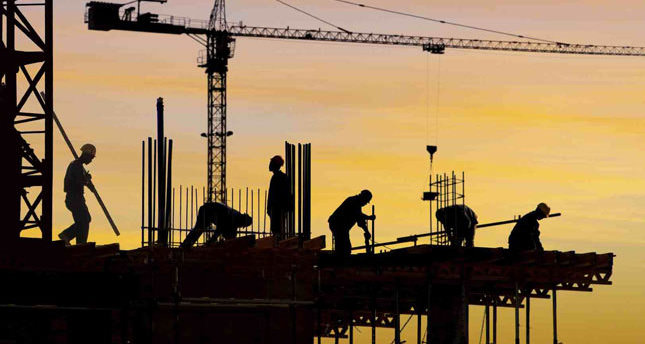 by Daily Sabah Aug 29, 2014 12:00 am
In a written statement, Minister of Economy Nihat Zeybekçi commented on the list which was released by the international construction industry magazine Engineering News Record (ENR) and itemized the top 250 contracting companies of the world.

Zeybekçi said that China was at the top of the list with a total of 62 companies and it was followed by Turkey and the U.S. He continued, "Four Turkish companies are among the top 100, while there are a total of 42 Turkish companies in the overall list. ENKA, Rönesans, TAV and Polimeks are ranked as 52nd, 53rd, 83rdand 86th successively. The figures show that Turkish contracting companies maintained their position as the second country after China. These 42 companies have achieved total revenue of $20.4 billion (TL 44.16 billion) in the international markets and they increased their revenue by 21.4 percent compared to the previous term. The share of these firms in the total receipts of all 250 companies increased to 3.8 percent from 3.3 percent.

The markets where our companies made the greatest profit were Europe, the Middle East, Asia and Africa with $8.2, $6.3, $3.6 and $2.1 billion respectively." He further noted that the total foreign income of these countries rose by 6.4 percent and reached $544 billion in 2013. "On a regional basis, the increase which was achieved in the international project revenues was 19.9, 14.6, 9.7, 9 and 5.7 percent in sub-Saharan Africa, Latin America, the U.S., Europe, Asia and Australia respectively," said Zeybekçi He added,

"The contracting industry is the leading industry that represents Turkey best in the world. Our contracting sector, which undertakes projects all over the world, contributes significantly to the Turkish economy by providing employment and enhancing our construction materials exports. As the Ministry of Economy, solving the problems that our companies encounter overseas is our top priority. We make arrangements in many countries to help them undertake more projects. We will continue to do this in the next period as well. I congratulate all the firms that take place in the list and hope they will continue to construct all over the word."
Last Update: Aug 29, 2014 1:31 am
RELATED TOPICS