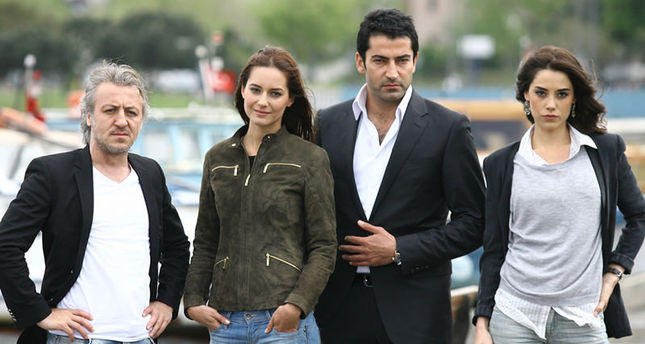 by AA Sep 15, 2014 12:00 am
Commenting on the Turkish TV series industry during an interview by Anadolu Agency, İzzet Pinto, the CEO and founding president of Global Agency said that around 60 new TV series will start to be aired in Turkey this year.

Pinto stated, "The production budget of TV series ranges from TL 400,000 to TL 1 million. Around 10 TV series are aired every night creating an annual budget of TL 1.2 billion." He continued, "The average money that many famous actors make per episode varies between TL 40,000 and TL 70,000.

Although this is an advantage for those actors who live through their golden ages, it will challenge the industry in the long term. When advertisement revenues of the channels are taken into consideration, this amount turns out to be very high." Pinto expressed that while Turkish series exports were around $100,000 (TL 221,750) 10 years ago, this figure has hit $180 million and reaches more than 70 countries. Pinto also stated that series exports are estimated to range between $200 and 250 million in 2015 and $400 and 500 million in 2023.
Last Update: Sep 15, 2014 1:24 am
RELATED TOPICS