Foreign direct investment up by 9.4 percent 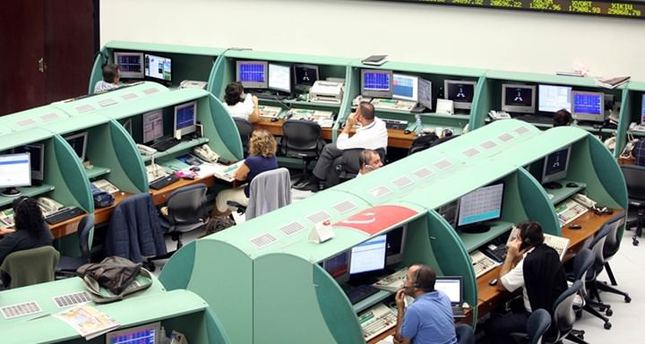 by Daily Sabah Sep 23, 2014 12:00 am
Foreign direct investment in Turkey reached $7.9 billion (TL 17.73 billion) in the first seven months of 2014, the Ministry of Economy said yesterday. The figures showed a 9.4 percent increase from the $7.23 billion invested in the same period last year. The report also shows that the FDI net inflow was $1 billion in July. Capital inflow, which is one of the items on the list of FDI, was $632 million in July. A significant part of capital inflow was received from Asian countries totaling $280 million, while EU-based capital inflow was $176 million. In the first seven month of the year, the manufacturing sector benefited most from foreign capital with $2.5 billion, followed by the financial sector with $1.13 billion. The ministry's data showed 64 percent of foreign investments - almost $3.76 billion came from the European Union.

Turkey's electricity, gas and water sectors - which were the largest recipients of international capital last year with $2.55 billion - saw FDI of more than $1 billion between January and July of this year. Energyhungry Turkey wants to increase its energy sources for its ever-growing economy. In addition to these, a total of 136 new foreign capital companies and branches were established in July along with foreign participation in 11 domestic companies. The data also indicates that 2,467 new foreign-funded companies were established in the first seven months of the year, up from the 2,306 firms registered in the same period last year.

The companies are mostly engaged in wholesale and retail industries followed by real estate renting, transportation, communication and storing. Within this period, 99 new foreign capital companies and branches with registered capital value of more than $500,000 were involved foreign participation.

A total of 40,021 companies with international capital operate in Turkey as of July 2014, with 23,790 of them operating in the country's largest city by population - Istanbul, the ministry said. The report also said that, of the total number of foreign-funded companies in Turkey, 5,906 were German-funded and 2,727 were financed by the U.K. The ministry also said that 13,814 foreign companies were in the wholesale and retail market, 5,570 in manufacturing and 3,598 in the construction sector.

Istanbul comes first in foreign capital companies with 23,790 establishments. This number is followed by Antalya with 4,290, Ankara with 2,434 and İzmir with 245 companies. The report indicates the Ministry of Economy expects to make $81.9 million worth of investments within the scope of 13 projects with investment incentive certificates in July.
Last Update: Sep 23, 2014 10:57 am
RELATED TOPICS