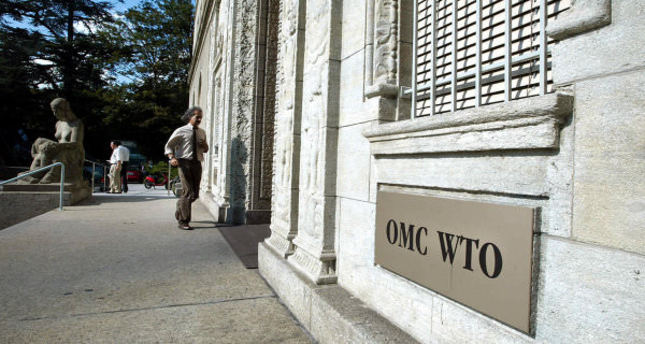 by Sep 25, 2014 12:00 am
Global goods trade will grow less than hoped this year and next, and factors including regional conflicts and the Ebola outbreak are putting a quick return to stronger growth at risk, the World Trade Organization said on Tuesday. Trade in goods will grow by 3.1 percent this year, much less than the 4.7 percent the WTO forecast in April. It cited "weaker-than expected GDP growth and muted import demand in the first half," according to a statement.

Trade was likely to grow 4.0 percent in 2015 rather than the 5.3 percent expected previously, still far below the 20-year average of 5.2 percent and "risks abound in the form of geopolitical tensions, regional conflict and health crises (Ebola)".

WTO economists had previously seen conditions for stronger trade returning after a two-year slump, but instead it stagnated in early 2014 as import demand fell in developing countries and harsh U.S. weather and a Japanese sales tax rise also weighed.

The possibility of worse tensions over Ukraine, a deepening Middle East conflict and increased panic caused by West Africa's Ebola outbreak have all clouded the forecast, the WTO said. Imports into South and Central America are expected to fall by 0.7 percent this year as economies are hit by a combination of civil conflict, weak non-fuel commodity prices and the easing of growth in Asian export markets, the WTO said.