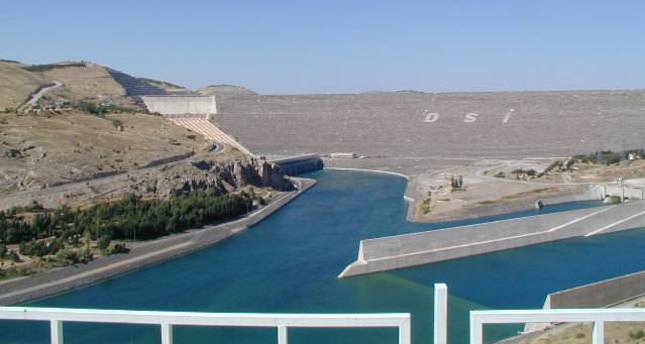 by Daily Sabah Oct 03, 2014 12:00 am
The Regional Development Administration of GAP, or the Southeastern Anatolia Project, hosted a luncheon in Ankara on Thursday to bring together key media personalities and raise awareness about renewable energy and energy efficiency as well as to introduce GAP Green, a magazine that focuses on development, organic farming and eco-tourism. Addressing the press corps at a luncheon in the Turkish capital on Thursday, Sadrettin Karahocagil, the Agency's president, indicated that his organization has invested in the irrigation infrastructure in 2008-2014 while noting that the TL 54.5 million project will expand its scope by 1 million hectares over the next four years. "Increased access to water means that the fields will yield five harvests every two seasons. Stressing that GAP's accomplishments have helped the region prevent the outflow of job-seekers and, thanks to investments by national food producers, increased the region's exports to $8.8 billion over the past calendar year, Karahocagil noted.