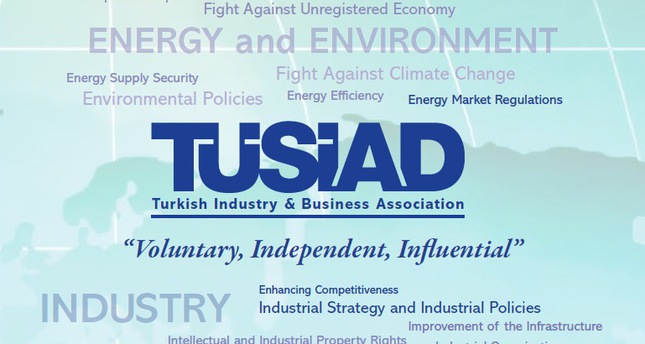 by Daily Sabah Oct 12, 2014 12:00 am
Since the Turkish government launched its targets for 2023 - the year marking the centenary of the Turkish Republic - the public and private sectors have been shaping their plans and organizations in line with them. Great importance has been attached to the topic of gender equality in the targets, which suggests that it is impossible to attain the necessary economic goals without boosting female employment. According to this range of targets, the government will try to boost female employment, which is currently around 30 percent, to 41 percent in 2023.

In an effort to attract attention to gender equality through the perspective of the country's youth, the Social Affairs Committee of the Turkish Industrialists' and Businessmen's Association (TÜSİAD), which stands out with remarkable projects such as "Confidence in Youth" and "Anatolia Step by Step," has launched a nationwide short film contest, driven by the motive that it is necessary to work with youth in order to spread awareness of gender equality to all segments of society. Saying that it was impossible to achieve the 2023 targets without women, head of the committee Nur Ger, remarked that they wanted to benefit from the transformative power of the rising generation. She also noted that they aim to draw attention to one of the most important issues of Turkey with a competition called "Everything about Gender Equality."