Alaska’s oil security to be provided by ASELSAN-AV partnership 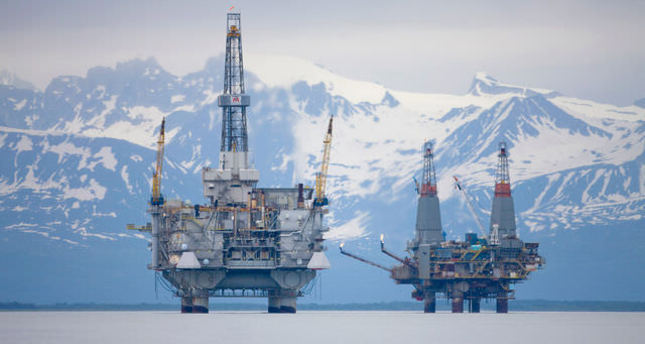 by Daily Sabah with Agencies Oct 17, 2014 12:00 am
According to the statement by Turkey's state-run military electronics producer ASELSAN, it has initiated cooperation with the American technology giant AeroVironment (AV) and joint venture companies, which include some subsidiaries of AV, in order to render comprehensive information services, which are based on unmanned flying systems, for the security of Altoy oil pipelines. ASELSAN also suggested AV was delivered a hi-tech sensor to be used in the system.

AV will use the images collected by Puma AE, a tiny unmanned flying system which it developed to allow a global energy company to carry out its drilling activities in Prudhoe Bay, Alaska, (the largest oil field of North America) in a safer and more effective way. By using these images collected with the help of electro-optical camera or Lidar (Light Detection and Ranging), AV will produce a three-dimensional map and a system of geographical information. Lidar (laser-powered precision distance measuring sensor) system has been provided to AV by ASELSAN.

The useful load to be used in Prudho Bay will provide images and digital information in order to create three-dimensional digital models of spatial information about roads, tracks and pipelines as well as precise volumetric measurements and topographic analyses of oil fields. This solution developed by AV and ASELSAN partnership is the first civilian unmanned flying system application approved by the U.S.'s Federal Aviation Administration (FAA). By using an unmanned flying system, three-dimensional mapping and geographical information system will be produced.