Miners will receive at least TL 2,000 in wages 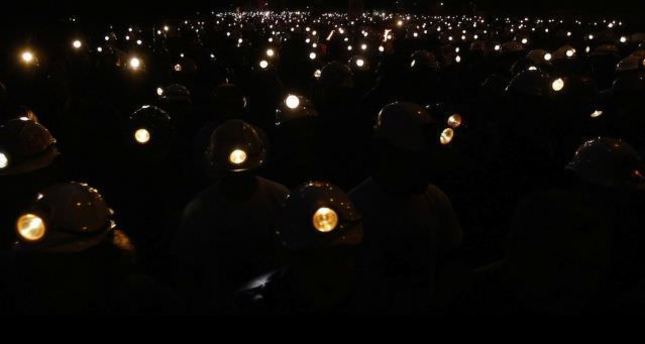 by Daily Sabah Oct 25, 2014 12:00 am
The Mining Law is being revised in order to relive the damages suffered by employers and miners. The miners will receive at least TL 2,000 ($894.75) in wages per month and will receive two days off per week. After the Soma disaster, the government is planning to amend the Mining Law. The government has started negotiations with both parties in order to revise the law in a manner that will benefit both the miners and the mining companies so as to not impose any heavy burdens and obligations on the latter. The law, which is scheduled to be submitted to Parliament next week, is increasing daily work hours from six hours a week to seven and miners will have two days off per week instead of one. The line, "The wages that will be paid to workers who are working underground cannot be less than twice the minimum wage," will be deleted from the law and the lowest wage that can be paid to miners will be TL 2,000 per month with the implementation of the revised law.