Turkey to be 2nd after US in exporting television series 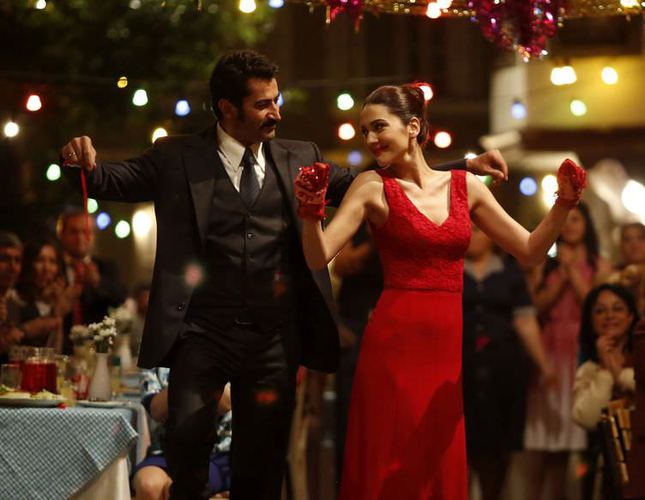 Turkey has become the second-largest TV series exporting country in the world, and now is the time to use this power in the sector to promote Turkish products

Speaking at the "A Rising Country in World Cinema and the TV Industry: Turkey" panel, Chairman of the Turkish Exporters Assembly (TİM) Mehmet Büyükekşi stated that Turkey has registered the second-highest figures for TV series exports after the U.S. "We need to prioritize product and brand placement in order to promote Turkish products. Therefore, we can increase our export potential and we can reach a figure of $2 billion in 2023 in the export of cultural products," said Büyükekşi.

Underlining the power of the cinema and TV industry as one of the most socially and personally influential professions in the world affecting perceptions and lifestyles of individuals, Büyükekşi said that cinema comes after the pharmaceutical and weaponry industries in terms of both value and significance and is currently valued around $88 billion and is expected to reach a magnitude of $100 billion in 2017 and $110 billion in 2018.

Büyükekşi stated that countries that dominate the industry export lifestyle choices to the rest of the world, thus creating cultural hegemony and added that the strategic significance of the sector is irrefutable. "Turkey is becoming an effective power in terms of culture in its nearby geography. We are a role model and a secular country. Turkey has the opportunity to gain a bigger share of the market as a country that promises more freedoms, a better functioning democracy and prosperity than the rest of the region along with taking solid steps in solving its internal problems," said Büyükekşi. Büyükekşi mentioned that as TİM they have initiated an important step in promoting Turkey through the TV and cinema industry, introducing a new logo and slogan Turkey can use in advertisements all around the world.

"Our new slogan is: TURKEY, 'Discover the Potential.' With this slogan we are making an offer to the world to come and discover Turkey's potential. Explore and add value to yourself. Explore, discover and prosper. Discover and we all win," said Büyükekşi. He further added that the 100th anniversary of Turkish cinema is being celebrated in 2014 which is a great time to show global film and TV series industries that Turkey has a lot of experience, expertise and a competitive power in the cinema and TV sector with qualified screen writers, actors, directors and producers.

Stating the steps that need to be taken in order to become more powerful in Turkey, Büyükekşi said that cooperation and collaborations are required for a better image at global fairs and festivals and for product placement during the screen writing process. "Again our nearby geography comes first, global cooperation should be formed and co-productions should be produced. Further, support should be provided for infrastructure and foreign investments," said Büyükekşi.

He further iterated that they would soon be starting ad campaigns in the press and on TV to promote Turkey as a global brand. Büyükekşi stated that campaigns will take place mostly abroad, and Turkey's new logo will be presented during a 35-second ad before the Brazil-Turkey football match on Nov. 12, which will be broadcast live in 77 countries around the world.