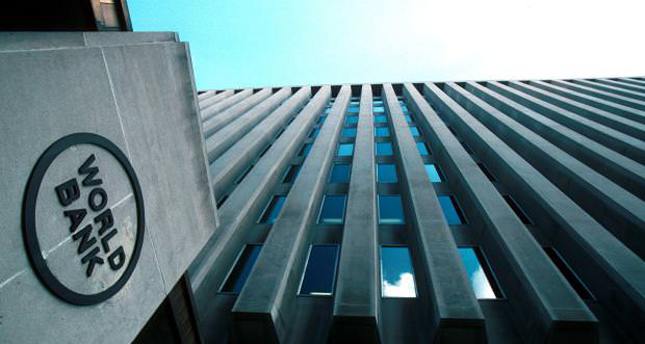 by Daily Sabah with AA Oct 29, 2014 12:00 am
Turkey needs to take part in parallel negotiations with the U.S. in order to prevent adverse effects from the Trans-Atlantic Trade and Investment Partnership (TTIP), said the World Bank's Turkey director Martin Raiser on Monday.

The TTIP is a trade agreement currently being negotiated between the EU and the U.S. "Turkey's diplomatic efforts should be concentrated on making sure that the TTIP remains an open agreement available for countries such as Turkey," said Raiser.

Raiser spoke during a panel held by the Turkish Industrialists' and Businessmen's Association (TUSİAD) in Germany's capital, Berlin, titled: "20 Years Later: Deepening Turkey's Customs Union on perspectives of the Trans-Atlantic Trade and Investment Partnership." Referring to political realities in the U.S. Congress, Raiser added, "I am not sure that the U.S. government is currently in a position to offer this to Turkey." According to Brookings Institute's report, if Turkey is not included in the Trans-Atlantic partnership, the economic cost for Turkey could reach $20 billion and 95,000 jobs.

Turkey has a customs union agreement with Brussels, which was set as a steppingstone in its EU membership bid. Turkish officials argue that potential future free trade agreements signed by the EU with other countries, such as the U.S., would effectively open Turkey's market to exports from these states because Ankara is a signatory of the Customs Union Agreement.

But, at the same time, it would also effectively block Turkish exports from benefiting from tax advantages in those same states, should Ankara not be a party to the free trade deals negotiated by the EU.

The Customs Union Agreement with the EU, which was signed in 1995, has come under criticism as of late in Turkey as advantages acquired over the last 19 years have slowly eroded. Indeed, Turkey's lack of progress in its EU bid, the change in world trade structure and free trade deals negotiated between Brussels and third-party countries are but a few of the reasons cited to promote the renegotiation of the agreement with the EU.

"Turkey has withstood the competitive pressures coming from low-cost third-party countries, without much funding from the EU," Arzuhan Doğan Yalçındağ, former chairwoman of the Turkish Industrialists' and Businessmen's Association said during the panel. She added that Turkey should be able to participate in trade agreements that the EU is negotiating with other states. "If Turkey is not included in the [TTIP] process, we fear our interests would be harmed," she added.