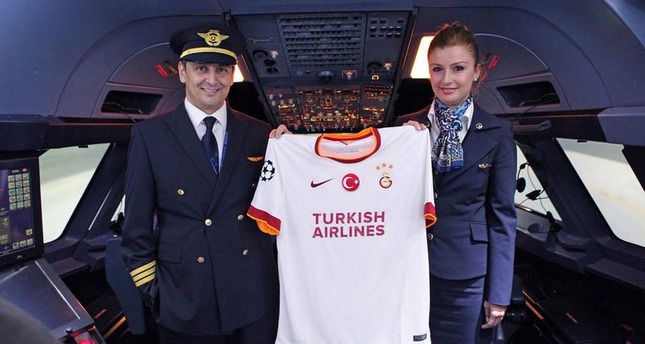 by AA
Nov 07, 2014 12:00 am
The Turkish football club Galatasaray signed a cooperation deal with Turkish Airlines Friday that would cover the kit sponsorship for the 2014-15 season of the UEFA European championship.

According to a statement made on the Public Disclosure Platform, the Istanbul-based giants Galatasaray will also get a success fee of ?2.1 million and a value added tax maximum in charter flights.