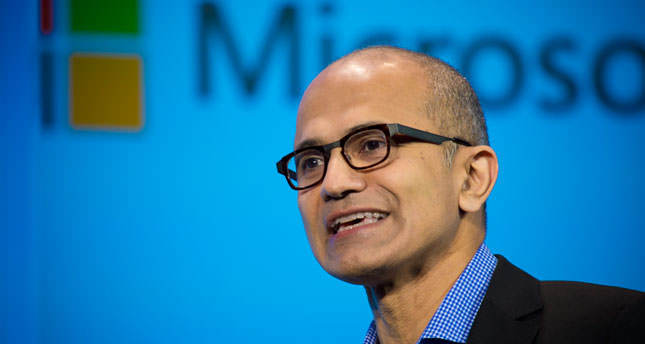 by Associated Press
Nov 16, 2014 12:00 am
The bull run in Microsoft's stock this past year has helped the tech giant surpass Exxon Mobil and seize the rank of the second most valuable company, behind Apple Inc. Under new CEO Satya Nadella, Microsoft has worked to overcome its reputation as a clumsy behemoth struggling to keep up with new tech trends and consumer habits. Nadella has cut expenses - and jobs - while pledging to refocus the company on mobile technology and cloud computing. His efforts have fueled a stock surge that drove Microsoft's total market value above $410 billion on Friday. That leapfrogged Exxon's value of $404 billion, which has been dinged by the drop in oil prices.

Apple Inc is currently the world's most valuable company, with a market capitalization of more than $668 billion. That's more than the $616 billion that Microsoft was worth when it was No. 1 in December 1999. Microsoft shares fell sharply the next year.

But the company has earned greater cachet on Wall Street over the last 18 months. Its stock has risen nearly 70 percent since April 2013, when activist investment firm ValueAct Capital announced it had taken a $2 billion stake in the company. Longtime CEO Steve Ballmer announced plans to retire. The move was described as unrelated.

Since then, Nadella has announced new initiatives to expand in cloud computing, which promises to be more lucrative than the traditional model of selling software that is installed on clients' computers. Microsoft has also promised a redesign of its flagship Windows operating system and released versions of other popular software for smartphones and tablets, including devices made by competitor Apple.