PM Davutoğlu invites EU to be loyal on agreements 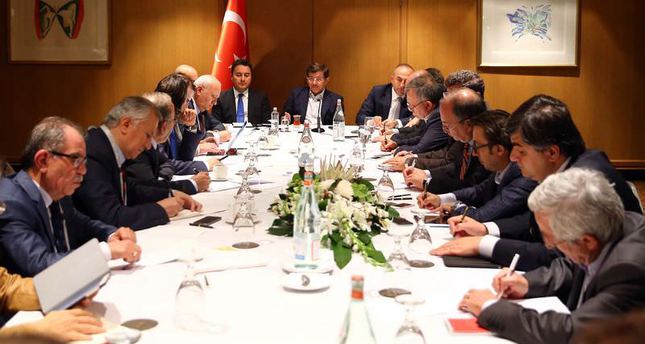 by Serdar Karagöz
Nov 16, 2014 12:00 am
Prime Minister Davutoğlu met with Turkish chief editors yesterday in Brisbane, Australia, where he attended the G20 Leaders Summit. Davutoğlu stated that if the Transatlantic Trade and Investment Partnership (TTIP) is signed but excludes Turkey, this will create an unfair situation.

He added, "David Cameron, prime minister of the United Kingdom, Jose Angel Gurria, general secretary of the OECD, and Christine Lagarde, president of the IMF, believe that we are right on this claim."

Prime Minister Davutoğlu further said, "The U.S. or the EU can both step in in this regard to prevent damage to Turkey. The EU can say 'let's do it together' or the U.S. can say 'We won't start without Turkey'; both would work. I invited the EU to be loyal with regard to the agreements we have."