China: FTA with S.Korea may be effective in 2015 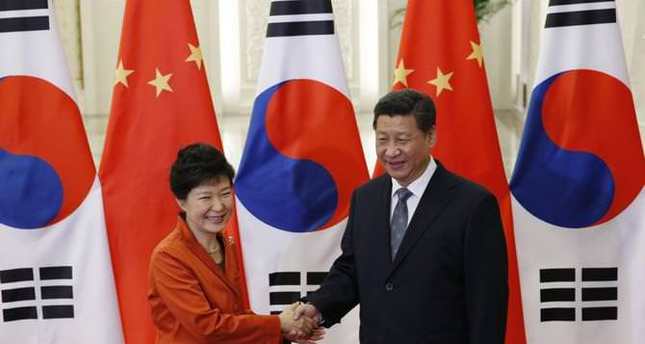 by reuters Nov 18, 2014 12:00 am
A free trade agreement between China and South Korea should be effective in the second-half of next year if all goes well, a top commerce ministry official said yesterday, ending negotiations that started in 2012. The Chinese and South Korean governments said last week that they had "effectively" reached a free trade agreement that would remove or sharply reduce barriers of trade and investment between the two Asian countries. "Our next step involves some technical issues and we will conduct some working consultations, striving to finish negotiations entirely within a year," China's Assistant Commerce Minister Wang Shouwen told reporters. "Next year, in the first half of the year, we hope both sides will be able to formally sign an agreement," he said. "If all goes smoothly and in line with our hopes, then next year, in second half of the year, the China-South Korea free trade agreement potentially could be formally implemented."

The deal between China, the world's largest exporter, and South Korea, ranked seventh, faces legal and parliament reviews in the two countries. Asked whether there were similar concerns over the South Korean agreement as with stalled trade talks with Taiwan, Wang said he felt regret at the Taiwan talks falling apart and is not willing to see the same happen with South Korea. Mass anti-Beijing protests in Taiwan ultimately derailed a trade pact that would have opened cross-straits investments in a long list of sectors. The follow-up talks with Taiwan have yielded some results, he said, and the two sides must continue to push ahead with such talks. The conclusion of a free trade agreement with South Korea should additionally benefit similar talks with Japan, and hopefully they will be able to announce progress on China-Japan talks next year, Wang said.