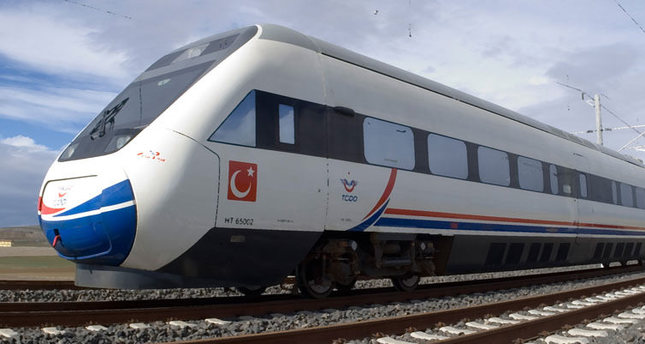 by daily sabah
Nov 28, 2014 12:00 am
Minister of Transport, Maritime and Communication Lütfi Elvan visited Qatar to deal with the problems faced by Turkish businessmen who make infrastructure investments in the country and to attract Qatari capital to Turkey's mega projects which will be conducted through a build-operate-transfer model. Interviewed by Turkish daily Habertürk during his flight, Elvan said that they were ready for a new high-speed train which would reduce the travel time between Ankara and Istanbul to one and a half hours by traveling at speeds up to 350 kilometers per hour, adding, "The project, which will connect Ankara to the third airport of Istanbul, will cost $4.5 billion. We will run the project under a build-operate model. This railway line, with an annual capacity of 50 million passengers, will be preferred to plane. We have completed preparations and can put the project out to tender the moment domestic or foreign firms apply. 60 percent of the project may be undertaken by domestic firms and the remainder may be undertaken by foreign firms. We can accept different financing models and consortiums."