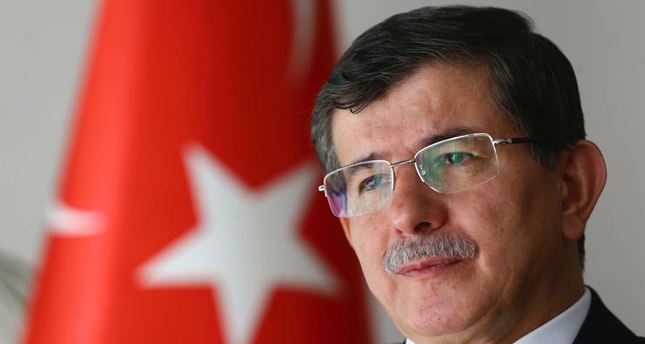 by AA Dec 12, 2014 12:00 am
Prime Minister Ahmet Davutoğlu praised Turkey's rising economic development on Wednesday, which he said was achieved without having to resort to foreign financial assistance as it has in the past.

"Now we have a Turkey that can develop without receiving external loans," Davutoğlu told a plenary session at the Parliament where he made his remarks during parliamentary discussions over Turkey's 2015 budget.

Turkey liquidated its 52-year debt to the International Monetary Fund (IMF) when the Turkish Undersecretariat of the Treasury paid the last installment on May 14, 2013. Turkey took a seat on the executive board of the IMF in mid-July for the first time; Treasury Undersecretary Ibrahim Canakci was appointed executive director to the IMF for the 2014-2016 term. Ankara also offered to give a loan worth $5 billion to contribute to efforts to increase IMF funds, as agreed upon at the 2002 G20 Summit in Mexico.

Speaking on behalf of Turkey's macroeconomic figures, Davutoğlu stressed that the Turkish economy has grown more than three times under Justice and Development Party (AK Party) rule since 2002. The economy has also scaled up from $230 billion to $822 billion, he added, and maintained that foreign exchange reserves climbed from $28 billion to $133 billion within the same 12-year period. Moreover, Davutoğlu said that the 2002 export figure of $36 billion grew four-fold to $151.8 billion in 2013.

Davutoğlu stressed that the ratio of public debt to national income fell from 74 percent to 33 percent in the same period, which he said is a figure better than all 25 EU member countries, and well above EU standards. He added that direct investments rose from $1.1 billion to $12.9 billion in 2013, while direct foreign investment, which totaled $14.6 billion between 1984 and 2002, has surpassed $145 billion in total since 2003.