‘Green line’ with Russia to be extended 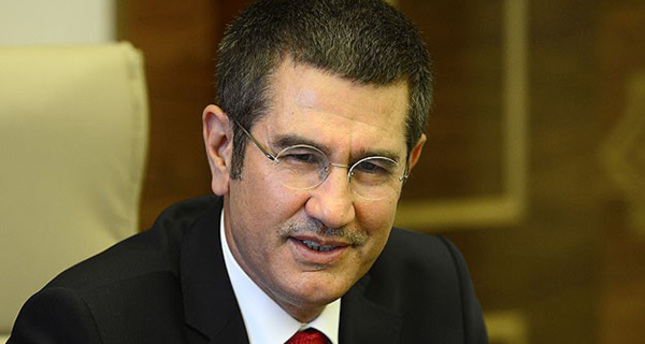 by Hazal Ateş Dec 16, 2014 12:00 am
The Simplified Customs Line that was initiated by Russia to prevent shuttle trading has been welcomed with great interest. This system, known as the green line, now includes 200 exporters, and the Eastern Black Sea Exporters Union has requested the ability to authorize exports to Russia's Tuapse Port as well as cooperate with the Verhni Lars Highway border gate customs office. Russian Trade Minister Nurettin Canikli said that there are ongoing works to improve the physical conditions of these points mentioned in the request as well. While bilateral relations was the main topic during Russian President Vladimir Putin's visit to Turkey in early December, the trade volume between the two countries, which has reached $50 billion, has taken on a new dimension since a target to an increase it to $100 billion by 2023 has been set. Russia included marine transportation in the green line system in order to ensure all exports are recorded, and trial practices will take place at the major Black Sea ports of Trabzon and Samsun in the second half of 2015.

Canikli noted that the Undersecretariat of Customs of the Russian Embassy in Turkey has granted authorization to three logistics firms for the pilot schemes they submitted. "Companies with an IATA certificate can carry out charter flights, complete TIR deliveries, storage, Out of Gauge transportation and other activities. The companies ensure that the exports and the documents related with these goods are issued according to the requirements of the Russian Customs agency and transportation can commence after the documents submitted are approved," said Canikli.
Canikli added that the authorities of the companies are to be increased in order to ensure the land and sea ports in Russia are open, that there is constant data transfer and to simplify the bureaucratic process. He also emphasized that once the exporters issue documents, store goods and carry out stocking procedures in conformity with the requirements of the Russian Customs agency, the pilot scheme will be deemed as successfully complete and the exports transported by the green line will increase.

Last year, 190 exporters conducted around 6,000 transactions and as of the end of this year, about 200 exporters completed around 10,000 transactions thanks to this line. Marine transportation over this line was initiated in June 2014 and the Trabzon and Samsun ports conducted trial deliveries with the Tuapse Port. Additionally, offices were opened in the provinces of Antalya, Samsun, Trabzon, Mersin and Moscow to help expedite the procedures for exporters.

The green line system gives priority at customs points and also offers the opportunity to benefit from Eximbank loans. With this system, while the competitive power of exporters increases, they also benefit from exemption from customs clearance. Moreover, the companies using the line are also exempt from the fixed customs tax for exporting leather products.