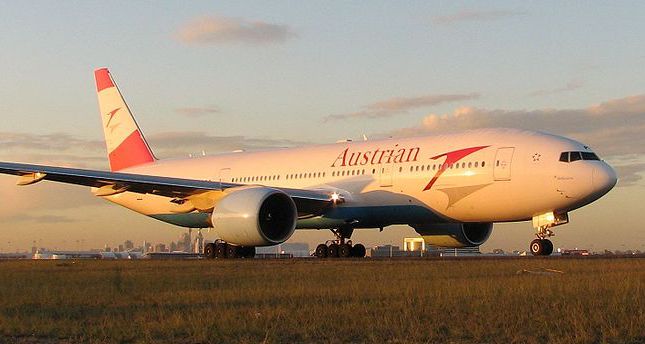 by Daily Sabah Dec 18, 2014 12:00 am
Austrian Airlines has temporarily suspended its Vienna-Istanbul Ataturk route in October due to increasing competition from Turkish Airlines.

The airline announced that it will discontinue services from Vienna to the Istanbul's Ataturk Airport during winter season, but will continue to maintain flights between the two cities after March 25.

The decision was made right after another Turkish Airline, Onur Air announced that it added Istanbul-Vienna service to its European routes. According to sources, The Airline was already struggling with competition from Turkish Airlines(THY) in Vienna-Istanbul route.
Last Update: Dec 18, 2014 9:46 pm
RELATED TOPICS