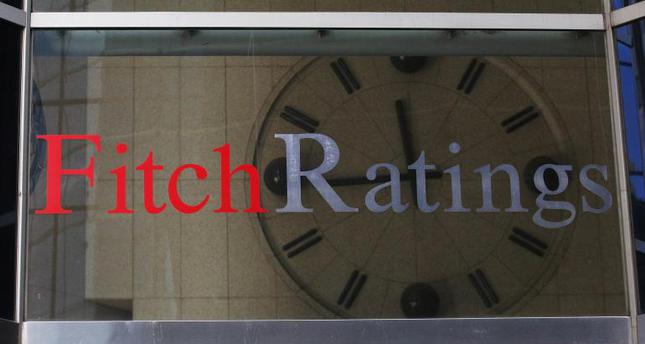 The self-financing structure and profitability of Turkish banks, which continues to develop with economic growth, are becoming more attractive for international investors says a senior manager of Fitch Ratings

After a reporter pointed out that Fitch had revised the growth rate of Turkey to 3 percent, Dow said that Turkey's economic growth trend has not been reliable for a while even though there is definitely a growth trend: "The loan demand has decreased when compared to previous terms. We expect this health level to be maintained in 2015. The pressure on margins was manageable this year, and this ensured continuity of profitability. We hope this trend to continue in 2015." Dow also shared projections for the coming year and noted that economic growth is expected to continue, that loan demand will increase and that there will be a limited reduction in margins. "According to our expectations, the banking sector benefits extensively from the economic growth trend," Dow said.

Noting that one of the main risks for Turkish banks is the deterioration in asset quality, Dow said: "Volatility in interest and foreign exchange rates is crucial for loans in foreign currencies. Increases in loans in foreign currencies might inevitably increase the requirement for re-financing. According to our base scenario that anticipates the growth to continue, a moderate level of volatility in exchange rates and interest rates and banks to maintain access to international financing, we believe that these risks are still manageable. JP Morgan, which revised its macro estimates for the Turkey International Energy Agency, announced that it is expecting crude oil prices to decrease even further as it revised its global crude oil demand growth downwardly. With the improving inflation expectations and the reduction in the current account deficit, JP Morgan predicted that the central bank of Turkey would decrease interest rates by 75 base points in the first quarter of 2015. The company noted that the timing of interest discounts would depend on global finance markets, especially on concerns about whether the Fed increases interest rates. JP Morgan asserted that the growth rate, which is expected to be 3 percent this year, will increase in 2015 and increased its growth estimate for gross national product from 3.3 percent to 3.6 percent. Further, JP Morgan noted that they are expecting the current account deficit, which is currently around $45 billion, to decrease to 5.5 percent of the GNP and further decrease to $34 billion, accounting for 3.9 percent of the GNP. Previously, JP Morgan had announced its estimate of current account deficit/GNP growth as 4.2 percent.