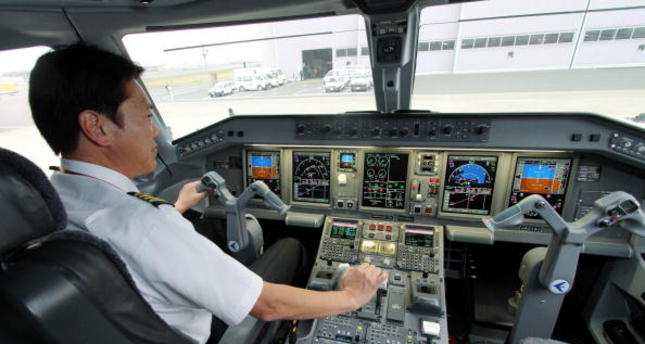 The fastest production rate in the history of commercial aviation mostly feeds the insatiable demand in Asia. Boeing projects that the Asia-Pacific region will need 216,000 new pilots in the next 20 years

Every week, a combined total of 28 new planes roll off the assembly lines at Airbus, Boeing, Bombardier and Embraer factories the fastest production rate in the history of commercial aviation. Most of those aircraft feed the insatiable demand in Asia. The rapid growth of Asian airlines is helping bolster economies and change lifestyles, but it's also creating a daunting safety challenge as more passengers head into an increasingly crowded airspace.

Much of the boom has been driven by the surge in popularity of Southeast Asia's budget carriers. As Southeast Asia's economies grow, creating a burgeoning middle class, more people have the appetite to travel and airlines are struggling to ensure that their training and safety standards keep pace with the demand. There are currently 1,600 aircraft operating in Southeast Asia, Brendan Sobie, analyst at the CAPA Centre for Aviation, a consultancy in Sydney, said by email. "It is the only region in the world with as many aircraft on order as in service," he said. "So the growth seems set to continue."

For each new plane, airlines need to hire and train at least 10 to 12 pilots, sometimes more, according to industry experts. The figure is so high because planes often fly throughout the day and night, seven days a week, while pilots need sleep and days off.

Right now, Asia-Pacific accounts for 31 percent of global air passenger traffic, according to the International Air Transport Association. Within two decades, that figure is forecast to jump to 42 percent, as Asia adds an extra 1.8 billion annual passengers for an overall market size of 2.9 billion. Boeing projects that the Asia-Pacific region will need 216,000 new pilots in the next 20 years, the most of any part of the world, accounting for 40 percent of the global demand.

To put that in perspective, there are about 104,000 pilots currently working in the United States, flying everything from crop dusters to jumbo jets, according to the Bureau of Labor Statistics.

"The exponential growth in and the demand for air travel were not anticipated by many of the governments in the region," says Shukor Yusof, founder of the Malaysia-based aviation research firm Endau Analytics. "And so you're seeing a lack of infrastructure, airports and pilots because nobody expected low-cost travel would have taken off as quickly, as rapidly, and would be as lucrative as it is now."

Japan's Peach Aviation, which is partly owned by ANA Holdings, the parent of All Nippon Airways, said this spring it would cut up to 2,100 flights about one-sixth of its planned schedule that it expected to operate between April and October due to a pilot shortage.

The U.S. has many pilot-training facilities, from universities to specialized flying schools. And it has a farm system of regional carriers that train and churn out experienced pilots for the largest airlines. But Asia, home to fast-growing carriers such as AirAsia, Indonesia's Lion Air and India's Jet Airways, doesn't have enough training programs to produce all the pilots it needs, said David Greenberg, a former Delta Air Lines exeWcutive who also oversaw pilot training and safety at Korean Air. "There is a global shortage, and this has brought pilot poaching," Greenberg said. Carriers in the Middle East and Asia have looked to the U.S., Canada, Australia and Europe to fill the gap. Greenberg said that while he was at Korean, 10 percent of the carrier's captains were foreigners who came from 28 different countries. Meanwhile, many pilots, engineers and technicians in Southeast Asia have been lured to more attractive jobs in the Middle East, which boast higher salaries and the opportunity to fly in sleek new aircraft.