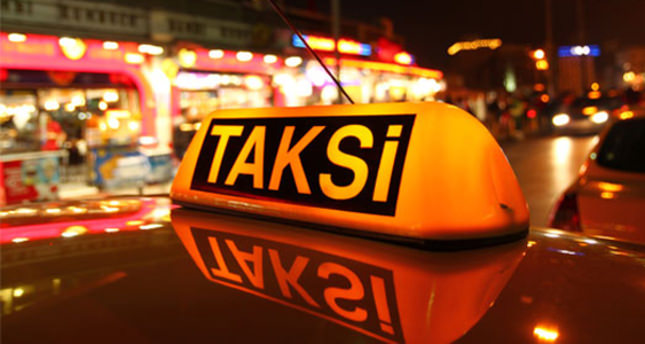 by AA Jan 06, 2015 12:00 am
The price of license plates for cabs has increased by 18 percent since January last year, and continues to remain a profitable investment tool. Cab license plates, which are deemed a secure and valuable investment, were sold for around TL 1.3 million ($554,276) last year and now cost around TL 1.6 million. Gürsoy Atlı, who is engaged in the purchase and sale of cab license plates, noted that they have experienced price fluctuations, and added that due to Istanbul becoming a worldwide brand in addition to the extremely high real estate prices, many investors prefer cab license plates over real estate leasing as a source of fixed income. "Now investors from various sectors are all trying to benefit from this investment tool, as it has become a business from which both the state and the investor profits," added Atlı. Stating that there are license plate exchange markets in various parts of Istanbul, Atlı claimed that the increase in prices is mostly due to the expansion of the city. Atlı further noted that stability and the restoring of the environment of trust are some of the main reasons why cab license plates are preferred as an investment, and he also underlined that now banks offer more loan opportunities. "Last year, VIP cabs, which was a new arrangement that received extreme criticism and opposition from cab drivers, was cancelled by the Istanbul Metropolitan Municipality, which helped restore trust and confidence," added Atlı. Further, Atlı noted the new design of cab stops all over town as a factor contributing to the increased interest toward cab license plates, as this arrangement helped fight against unregistered cabs operating illegally.

Pointing out that with İSPARK's Istanbul Cab Project, Istanbul cabs will be required to be equipped with GPRS, a panic button, a trip computer and finger print equipment, Atlı stated that cab costs might increase, pushing the license plate prices up. Within the scope of the project, customers would now be able to pay cab fares with credit cards. "We pay value added tax when we purchase gas or perform maintenance of our vehicles. Accepting credit cards might mean an additional tax fee, therefore, I believe this will be taken into consideration before the system is implemented," said Atlı.