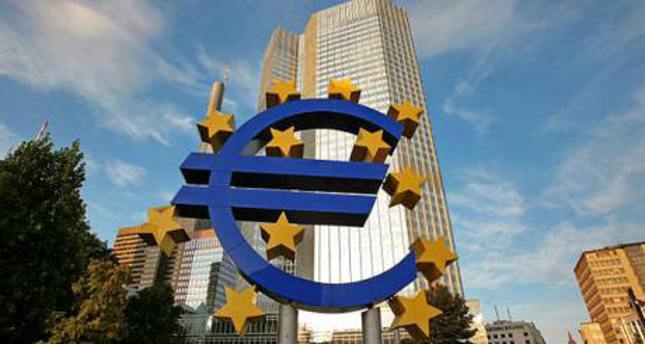 Following months of speculation, the eurozone is seeing a fall in consumer prices, a development that is likely to strengthen expectations that the European Central Bank will soon provide an aggressive monetary stimulus

Eurozone inflation turned negative in December for the first time since 2009, with cheap oil driving a bigger than expected decline that may prompt the European Central Bank to start printing money. The European statistics office said in a first estimate yesterday that prices in the 18 countries using the euro in December were 0.2 percent lower than a year before, after rising 0.3 percent in November. The last time eurozone inflation was negative was in October 2009, when it was -0.1 percent.

Economists polled by Reuters had expected a -0.1 percent year-on-year fall in prices. The ECB aims to keep inflation just under 2 percent over the medium term and is widely expected to respond to the lurch into deflation by launching a programme of government bond buying with new money, or quantitative easing. "It's probably the figure they (the ECB) needed," said Peter Vanden Houte, chief economist at ING. "The economy is weak and inflation negative. That should be enough."

In a separate release, Eurostat said eurozone unemployment was stable at 11.5 percent in November, although the number of people without a job increased by 34,000 from a month before. Core inflation, which excludes volatile energy and food prices, was stable at an annual 0.7 percent in December - the same level as in November and October. But energy prices plunged 6.3 percent and unprocessed food was 1.0 percent cheaper, outweighing a 1.2 percent rise in the cost of services. Oil prices have more than halved since June, with Brent at around $51 per barrel on Wednesday. "Due to the further fall in oil prices, the inflationary downtrend is set to continue over the coming months. We expect another sharp fall in HICP inflation in January, by around -0.5 percent year-on-year," said Gizem Kara, senior European economist at BNP Paribas. "HICP inflation will then hover slightly below zero for most of 2015 according to our forecasts."

Since the euro's 1999 launch, inflation has only once before fallen below zero, staying there for five months in 2009, although it has been in what the ECB calls the 'danger zone' below 1 percent since October 2013.

IHS Global Insight economist Howard Archer said the ECB would usually look through changes to inflation driven by oil. But December's figure will leave the central bank "seriously concerned" that inflation expectations will weaken further, encouraging consumers to hold back purchases in the hope of even lower prices and so entrenching deflation.

With interest rates are already at rock bottom, the ECB has been preparing a QE programme to inject even more cash into the eurozone economy, to boost demand and make prices rise faster. Economists say a decision to launch such bond-buying could be made at the ECB's next meeting on Jan. 22, although ECB President Mario Draghi will have to overcome opposition from Germany's Bundesbank that could curb the scope of any programme. "We are in technical preparations to adjust the size, speed and compositions of our measures early 2015, should it become necessary to react to a too-long period of low inflation. There is unanimity within the Governing Council on this," Draghi said on Jan. 1. Officials have recently said the ECB could require central banks in countries such as Greece or Portugal to set aside extra cash to cover potential losses from such bond-buying. This would leave the risk and cost of QE with individual countries, something critics say would undermine efforts to buoy the bloc, now 19-strong after Lithuania joined this month. To complicate matters more, Greece will hold parliamentary elections on Jan. 25. Leftist Syriza, which leads opinion polls, says it will cancel austerity and a big chunk of national debt, making any ECB purchases of Greek bonds even more risky. "The Greek issue could complicate the (ECB) announcement (on QE)," ABN AMRO economist Nick Kounis said. "We expect the ECB to announce that it will embark on a large scale asset purchase programme, including sovereign bonds, at its January meeting. However, it may well hold off from providing any further details until March, giving it a chance to see how the situation in Greece turns out."