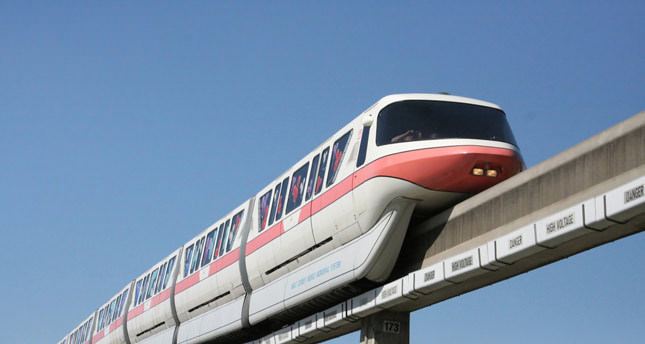 by Zeynel Yaman Jan 09, 2015 12:00 am
A monorail line is to be constructed to connect the Tuzla Marina, which is poised to become one of the favorite tourism attractions in Istanbul, with the Marmaray. The monorail line will be integrated with the Tuzla İçmeler Marmaray rail line, which is under construction. The 5-kilometer line is expected to ease transportation from the coast of Tuzla to the heart of Istanbul. The road survey studies of the line will start in February. The project will be made ready for construction after its stations are given locations.

The Marmaray, a rail system that connects the European and Asian sides of Istanbul under the Bosporus, is under construction. The track that will extend to Gebze on the Anatolian side is scheduled to open in 2016. The project is an attempt to ease urban congestion, and will improve the economic and social dynamism of the city. In this context, new projects such as wellness centers will be integrated into existing transportation routes. The monorail line, which will be built by the Istanbul Metropolitan Municipality, was one of the projects promised by Mayor Kadir Topbaş during the 2014 local elections. The monorail line will enable uninterrupted access to the Tuzla Marina, which is expected to attract millions of tourists every year.