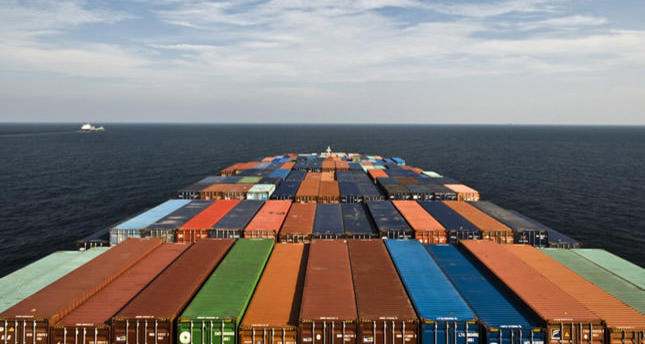 by Daily Sabah with AA Jan 12, 2015 12:00 am
Turkey's export total in 2014 was TL 157.6 billion ($68.062 billion), with 65 percent of this amount divided among the country's top 20 export partners. Moreover, ready-made-clothing, garments and vehicles stood out as the sectors marking the highest exports to these 20 countries, which include Germany, Iraq, the U.K., Italy, France, the U.S., Russia, Spain, Iran, the Netherlands, Egypt, the UAE, Romania, Saudi Arabia, Israel, Belgium, Azerbaijan-Nakhichevan, China, Poland and Turkmenistan. According to information compiled by an Anadolu Agency reporter from the data of the Turkish Exporters' Assembly (TİM), these top trade partners secured exports worth $102 billion.