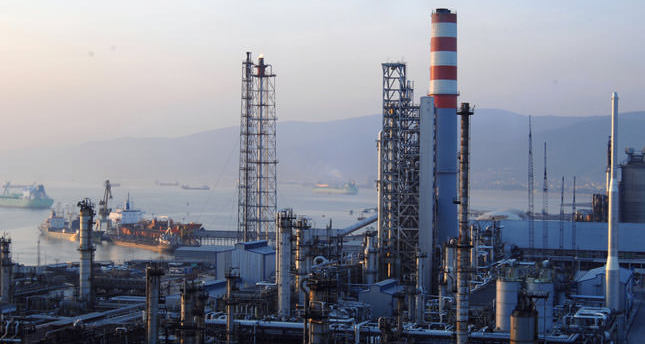 The current account deficit was above expectations in November 2014 sitting at $5.6 billion, although it decreased by $18 billion during the period between January and November

The Turkish Central Bank yesterday announced that the current account deficit for November last year was $5.6 billion, increasing by $1.4 billion compared to the same period last year, but added that the deficit had decreased by 32 percent in the first 11 months of 2014 to $38.7 billion. The drop of $18 billion in the first 11 months is largely attributed to the fall in the prices of oil and natural gas, for which Turkey is dependent on overseas suppliers.

"The economic administration of Turkey implemented a soft-landing model to restrain the current account deficit in 2012 and an implicitly soft landing model seen in 2014," said economist and Nişantaşı University President Dr. Kerem Alkin.

A $15.2 billion drop in the foreign trade deficit to $56.7 billion, a $2.4 billion surplus in the services sector and a decrease of $576 million in the primary income deficit in the first 11 months of 2014 contributed to the overall current account deficit's decrease.

The narrowing was close to analyst expectations, as a survey by Anadolu Agency of a group of leading economists forecasted on Friday that Turkey's current account deficit for November 2014 would stand at $5.2 billion. The downward trend began in January 2014 and gained momentum after the central bank hiked interest rates in response to the U.S. dollar's rise against the Turkish lira.

Turkey's exports reached $157.6 billion in 2014, a 4 percent increase and a record high in annual export revenue, the Turkish Exporters' Assembly said on January 2. Now, it is a common view that oil prices will keep their downward trend in 2015. "Energy imports have decreased by approximately $8 billion due to falling oil prices, which I believe will keep the current account deficit under $40 billion in 2015," Alkin said.

"In this case, even if Turkey gains speed in growth with domestic demand, with this advantage sustained by oil price movements in domestic demand, it will not have negative effects either on inflation or on current account deficit," he added. "We know that inflation data came in lower last week. Also, the average hourly earnings data were below expectations on the U.S. side. So, the lira continues to appreciate against the dollar," said Ridvan Basturk, a research analyst at ALB securities in Istanbul.