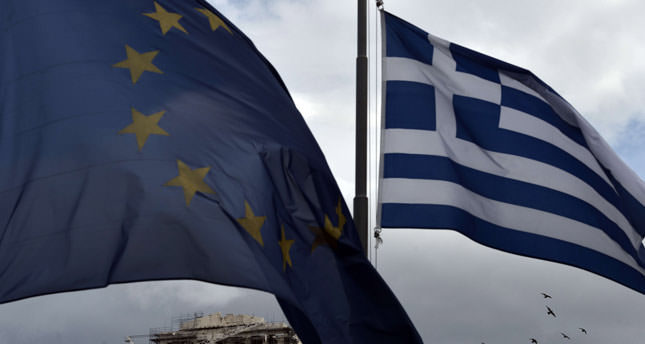 by French Press Agency - AFP
Jan 13, 2015 12:00 am
Greece could exit the euro by accident, Finance Minister Gikas Hardouvelis said Wednesday in a new warning of what could happen if the anti-austerity leftist party Syriza wins the election later this month. "An accident could happen [in a stand-off with Europe], and the whole idea is to avoid it," Hardouvelis, an economist and technocrat who has drawn Syriza's ire by wading into the political debate, told Bloomberg TV. Syriza, who are broadly expected to win snap elections on Jan. 25, want to renegotiate Greece's European Union-International Monetary Fund bailout deal and write off a large portion of the country's enormous debt. Syriza's 40-year-old leader Alexis Tsipras argues that Greece's European partners, Germany in particular, have realized that austerity has failed and will not refuse a renegotiation. "There is not even a chance in a million that [German Chancellor Angela] Merkel will refuse to negotiate," Tsipras told Star TV late on Monday. The outgoing government of conservative Prime Minister Antonis Samaras said that Syriza's policies are tantamount to a debt default that could cost Greece its place in the eurozone. Hardouvelis on Tuesday said that Greeks "cannot threaten the rest [of Europe] with our own exit." "This is not a bargaining chip on our side ... Europe has built defenses against a country leaving the eurozone," he told Bloomberg. On Monday, the finance ministry had also warned that Syriza would face a rapid cash shortage should it win the election and then challenge the country's EU-IMF creditors. The ministry said Greece has already exhausted a 15 billion euro cap on treasury bill sales and would need the consent of its EU and IMF creditors to sell more.