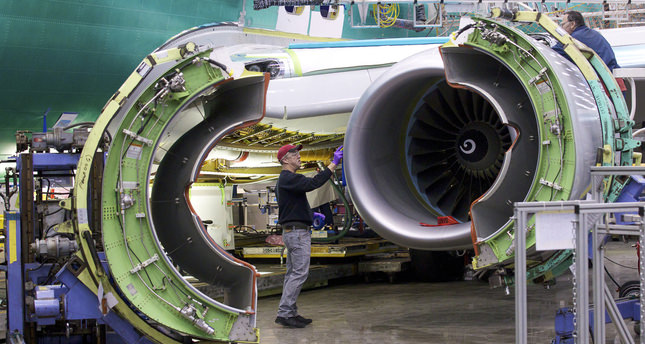 Producing its own regional passenger jet is listed among Turkey's goals for 2023 to be achieved by the centennial of the establishment of the Turkish Republic. According to respectable sources from the aviation industry, Turkey and Ukraine have decided to form a joint venture and the final agreement is expected to be signed during the upcoming visit of a Turkish delegation to Ukraine in March.

Turkey has been devoting continuing efforts to build its own medium-range civilian aircraft for a few years and so far Turkish authorities have conducted talks with 11 different companies from the aviation industry. During the recent months the Transportation Ministry announced that the number of foreign companies on Turkey's shortlist has been reduced to four. In the past years Turkey held talks with Brazil's Embraer and Canada's Bombardier, however these talks failed to bear fruit. On the other hand, industry sources indicated that ongoing talks between Turkish Aerospace Industries (TAI) and Ukraine's state-owned aircraft company Antonov have reached maturity and the companies agreed on the details of a joint venture agreement to develop medium-range aircraft. The industry sources also added that a Ukrainian company agreed to a technology transfer, which is considered a vital issue by Turkish officials.

In September 2013, then prime minister, President Recep Tayyip Erdoğan, took part in the presentation of the new generation Antonov aircraft AN-158 and examined the plane. The 99-passenger capacity AN-158 is designed to travel up to 3,000 kilometers. It was developed based on the AN-148 regional new generation jet. In addition, Transportation Minister Lütfi Elvan announced in September 2014 that Turkey's project to produce regional passenger planes is coming to its final stages and that the planes will be designed as narrow-body aircraft able to carry up to 120 passengers. The final agreement between TAİ and Antonov is expected to be signed during the upcoming visit by a Turkish delegation to Ukraine in March, sources also added.

The Turkish aviation sector is enjoying a boom in passenger numbers with 166 million passengers by the end of 2014 and the country is ranked 11th worldwide in terms of passenger traffic. This contrasts sharply with the years before as in 2003 the number of passengers was only 34 million.

During the last year, passenger numbers increased 4.6 percent throughout Europe, according to a European Aviation Union report. Two percent of this growth has been contributed by Turkish Airlines. Turkey is aiming to increase this figure to 350 million by 2023 as one of the goals of the 100th anniversary of the Turkish Republic.