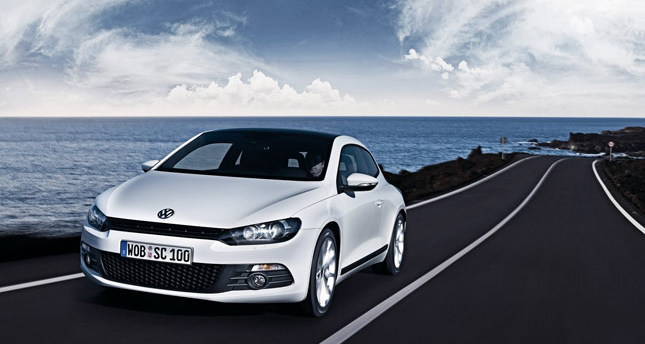 German car-maker Volkswagen (VW) said Sunday it sold 10.14 million vehicles worldwide in 2014, a 4.2 percent increase over 2013. It is the first time the automaker's worldwide sales were in double-digit million figures, according to DPA. VW announced its sales results ahead of a two-day press preview event at the North American International Auto Show (NAIAS) in Detroit. The company said its sales in Asia were up 11.3 percent, topping four million vehicles for the first time. Most of those sales - 3.7 million - were in China, the company said. Sales of VW's palette of 12 brands from the smallest Skoda Citigo to the Scania truck were not as rosy in the United States, where they declined by two percent in 2014, and were even worse in South America, where they declined 19.8 percent, after coming close to one million sales in 2013. It is not clear whether VW outsold General Motors (GM) in 2014, but GM is expected to announce its global sales on Wednesday. Both VW and GM are expected to be behind Toyota, which has only announced global sales through the first nine months of 2014. Reaching a double-digit million-vehicle figure, means VW reached the first goal of its 2018 strategy. It also said it was on track to meet its other goals by 2018, including becoming the world's-largest automaker. Meanwhile, Volkswagen's latest push to become more than just a niche player in the United States builds on a truism the German car-maker has long ignored: tune in to U.S. customers. According to Reuters, VW is aiming for leadership in global auto markets, backed by timely expansions in China and Latin America, as well as retaining its dominance in Europe. But it has always struggled in North America. It swapped U.S. chiefs a year ago, disappointed by the results of a push into competitive midsize sedans assembled at a $1 billion factory in Tennessee. U.S. sales of VW brand cars have dropped 16 percent since 2012.

To fight back, the company plans to triple its product range in the fast-growing crossover segment and refresh models more quickly, company sources said. The campaign will include a five-seat variant of the forthcoming midsize sport-utility vehicle (SUV), a concept version of which VW will unveil on Monday at the Detroit auto show, the sources said.

VW is also stepping up cooperation with dealers and assembling a team of 200 experts in R&D and design at its U.S. plant to ensure vehicles better cater to American tastes. "It took us a long time to realize that the U.S. market requires more special attention," a senior manager at VW's German headquarters said on condition of anonymity. "You have to have an ear on the ground to capitalize on trends and customer desires."

Michael Horn, VW's new U.S. chief, has reduced the product life cycle from seven to five years for sedans, and is planning similar changes for SUVs, one source said. "It's the game you have to play in the hype-heavy U.S. market," the source said. VW's past failings mean it will miss an 800,000 U.S. sales target for 2018, according to researchers IHS Automotive. They see 547,000 sales of VW-brand cars by then, from last year's 367,000, missing the goal by about a third. IHS forecasts include VW's plans to overhaul the Tiguan compact SUV in 2015 and add a coupe-style version, as well as a long-wheelbase model that may offer a petrol-electric hybrid version. U.S. compact SUV sales rose to about 1.49 million last year from 964,000 in 2009, while midsize SUVs grew to 1.69 million from 946,000, according to auto website Edmunds.com. But VW won't benefit from the boom until new products arrive in 2016-17, said Evercore ISI analyst Arndt Ellinghorst, noting existing Tiguan and Touareg models cost more than their rivals. Also, Toyota and Mazda, buoyed by the weak yen, will keep pushing into passenger cars, VW's traditional area of strength, he said.