World’s newest airliner takes to the sky with Qatar Airways 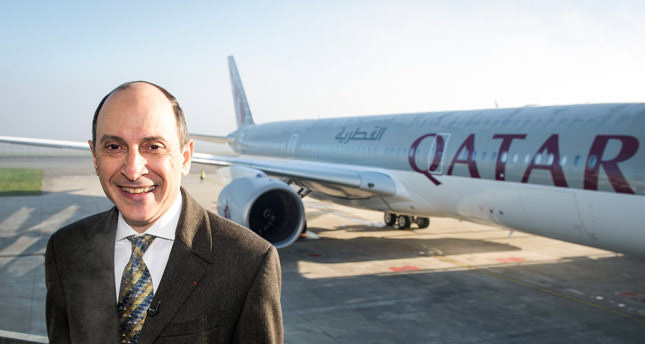 by Associated Press Jan 16, 2015 12:00 am
The world's newest jetliner, the Airbus A350, took to the skies yesterday carrying its first paying passengers from the Gulf Arab nation of Qatar.

The Qatar Airways flight departed the Qatari capital Doha bound for Frankfurt, Germany. It marks the debut of the relatively lightweight, twin-aisle, long-range plane, which promises to connect smaller cities with major aviation hubs nonstop at a cheaper cost for airlines.

For passengers, the new plane offers wider panoramic windows and larger overhead storage space plus the ability to limit connections.

The A350 is the third and final major new aircraft in a decade. First there was the double-decker Airbus A380, which debuted in October 2007. It's the world's largest passenger jet, designed to carry up to 525 passengers between some of the largest cities on the planet.

Then came the lightweight Boeing 787, which carried its first passengers in October 2011. Thanks to its lower operating costs, the jet, marketed by Boeing as the Dreamliner, has led to new nonstop flights between cities that previously didn't have enough passengers to merit such service.

As with the Dreamliner, the A350's lightweight design allows it to burn significantly less fuel than other jets of similar size. A little more than half of the structure is made of composite materials such as plastic reinforced by carbon fibers. Add in titanium and advanced aluminum alloys and more than 70 percent of the plane is made up of lightweight materials.

Airbus says the A350 will help open up nonstop routes like Shanghai to Boston, Massachusetts or Paris to Santiago, Chile. The A350 can fly 276 to 369 passengers, depending on the variant and the airline's choice of seating configuration.

Qatar's version is fitted out with 36 business class seats that turn into fully flat beds and boast 17-inch TV screens, and an economy class section with 247 seats, with smaller TVs. The airline has put considerable faith in the new model, with orders for 79 more planes.

The plane that flew to Frankfurt Thursday is the first of 80 such jets quickly-growing Qatar has ordered.