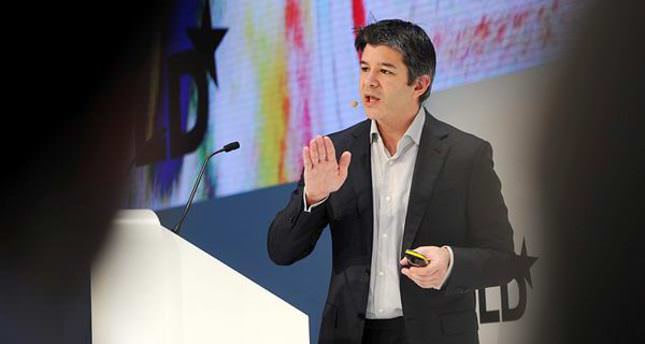 by Jan 20, 2015 12:00 am
The chief executive of controversial online ride-sharing company Uber stuck a newly conciliatory tone on Sunday, promising to create 50,000 new jobs this year across Europe in cities that are willing to reach deals to help his firm operate. "We want to make 2015 the year where we establish a new partnership with EU cities," Uber co-founder and CEO Travis Kalanick told attendees at the DLD conference in Munich, Germany's largest annual gathering of media and tech leaders.

Four-year-old Uber, which helps users summon taxi-like services on their smartphones, has drawn a firestorm of criticism, even as it has continued to expand rapidly into more than 250 cities worldwide.

In Europe, where it offers a range of local transportation options from professional limousine services to informal ride-sharing options, Uber has been hit with court injunctions in Belgium, France, Germany, the Netherlands and Spain for violating taxi licensing rules.

Kalanick said Uber had created thousands of full- and part-time driving jobs in cities where it is running. To mayors who reach deals to free up Uber's ride-sharing service to operate, he pledged: "We can promise you 10,000 jobs in four years."

"At the end of 2015, if we can make these partnerships happen, we create 50,000 new EU jobs," he said, referring to the equivalent number of full-time jobs. Uber's mobile phone application connects private drivers to passengers seeking local rides.

Uber, now the world's most highly valued venture-backed start-up, worth upwards of $41 billion (35.5 billion euros), has faced regulatory scrutiny and court injunctions from its earliest days as a San Francisco start-up. It has also come under fire for its aggressive response to rivals and critics as well as questions over whether the company has enough safeguards in place to ensure the physical safety and privacy of passengers using its services.

A woman who was allegedly raped by an Uber taxi driver in India's capital has hired a prominent lawyer to sue the online-hailing taxi service in U.S. courts.

Uber faces mounting complaints about its use of "surge pricing" to attract drivers at peak demand periods. Some critics go further, arguing that Uber's system may drive down the prices drivers can charge for their services in the long-run.

Kalanick has previously been an outspoken opponent of local government regulation. He frequently decries what he says is red-tape and regulation that protects entrenched taxi industry interests and which is designed to block transport alternatives.